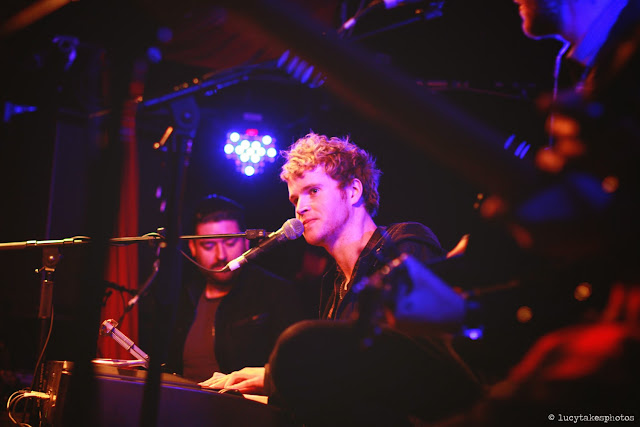 
The excitement is palpable while we wait for the lads to come on stage, even the guitar tech gets a cheer from the happy crowd. The first HMV/Whelans collab is an over 12s event so the fans are quite young today, the place is nearly full and it feels like it's going to be a really fun Saturday afternoon listening to a great band.

I only know a few of the bigger hits and after hearing their Live Lounge cover I'm open minded. They hit the stage to adoring screams with new album track Ready, a poppy tune filled with their trademark harmonies and a really catchy hook. Next up is the anthemic High Hopes, I'm tired of hearing it overplayed by radio stations but the audience sing along to every word and I even spot a member of the RTE High Hopes Choir in the middle of the crowd giving it socks!

I hate to say 'easy listening' but the next few songs are just that, decent songs, brooding heartfelt lyrics that anyone who needs a good cry and a bucket of Ben and Jerry's will appreciate, (we've all been there!!) Singer Steve who says "For Kodaline, music isn’t just music. ‘It’s therapy" is getting calls of 'I love you' & 'swords is great' from the teenage fans.....new single Honest is next, the production on the video for this one makes them look like a Coldplay tribute band... seeing them play it live is 83% more original. The last song in the 30min set list is another popular Coldplay-lite hit 'All I Want' which is greeted by a euphoric audience hanging onto every word.

It's hard to imagine how massive Kodaline have become in the last year. I did enjoy the gig, they put on a good show, they were friendly guys and I know they're decent musicians; maybe I don't get it but whatever 'it' is it's just not that interesting.