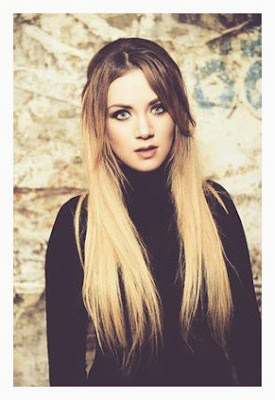 Today's interview is with the supremely talented Ciara Donnelly who is better known as 'Yellowbridge'. Get to know Ciara a bit better and check out the song 'Winter City' which is just outstanding.

I am originally from Dungarvan Co.Waterford (If I didn't say that my mother would kill me), but I am predominately based in Dublin

I've been nominated for the IMRO Christie Hennessey Songwriting award for my track 'Circus' I also co-produced, written radio jingles for National radio, dabbled in national television this year in The Voice ending up in the quarter finals, and afterwords toured the UK with rap-punk group Malibu Shark Attack and Nerd Core king MC Lars.

I just finished writing a record last month so am now in pre-production mode before heading into the studio in January. I am also workshopping tracks for 2 new pieces of Irish-American Theatre.

Even though I write indie and soul music, I often guest on a lot of rappers work and write rap hooks as a side project...guess it's the gansta in me.

The Pogues 'A Rainy Night in Soho'. It feels nostalgic even though I've never spent a rainy night in soho. When McGowan drones that fantastic line 'You're the measure of my dreams' it feels personal to anyone who has missed something, either home or a person.

There are so many but for me it has to be The Stranger by Billy Joel. 'Vienna' is a beautiful track inspired by the classics, and 'Only the Good Die Young' brings back memories of dancing around my kitchen in my communion dress to the lines 'You've got a nice white dress and a party on your confirmation'...little did I know the track was about catholic virgins who just needed to let loose..

To get this record down and start playing live extensively and touring from February on. I am also working on projects with production companies in the UK so will spend a lot of time there also.

Myself and my band are currently running a Fundit campaign to help us get into the studio to finish the record, and we only have over two weeks to make target, We would love people to pledge some money in exchange for the new record, live shows.