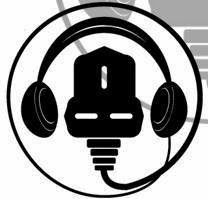 Bradley Gillis AKA GilliS is originally from the States but calls Ireland his home. He has been playing music here for over 10 years and this year he has created an album full of musical treats. He joined Hazey on The Noisy Plug to talk about his music and the first single release "Paperweight" in The Grand Social on January 30th

You can find more information on www.gillismusic.com

Check out the official video for "Paperweight" here now: