Posted by Unknown on August 06, 2010
Piano based debut album of big anthems from a great singer. There's much to admire on this record! 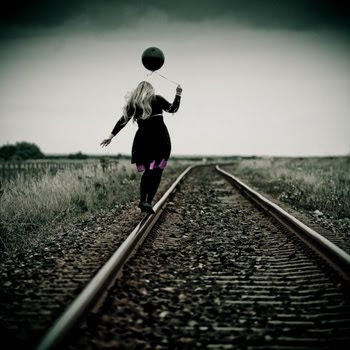 Last week I received an email which described my writing on the blog as simplistic yet sophisticated! I'll try to review Obstacles in the same way. I'll state from the beginning that in general the album didn't do much for me. I didn't get that warm glow you tend to get when listening to music you enjoy. However there is so much to be admired on Lisa Cuthbert's debut.


Obstacles is packed full of big anthems. I love how the short opening track runs seamlessly into the second song! Many of the tracks hit the five minute mark with a couple past seven minutes. There's big orchestral songs on this album with delicate pieces of piano bookending the songs. Obstacles flirts with progressive rock, pop, Kate Bush era 80's music and could also be described as Enyaesque. On some tracks the music reminds me of a Broadway soundtrack.


The greatest strength of the album is Lisa's wonderful varied vocal range. She holds your attention through the delicate track 'Second Leaving' but can really belt out the lyrics during songs like 'My Material Girl'. My favourite tracks on the album are 'Won't Be Long' and 'Ready to Unfold' because they remind me of Sarah McLaughlin early albums.

Anonymous said…
personally i think the writing style is great - good reference points and an absence of snottiness which plagues so many blogs....
7 August 2010 at 02:24

Unknown said…
well thank you very much for the comment!

Philip McDonald said…
Love the album, completely agree with you there.