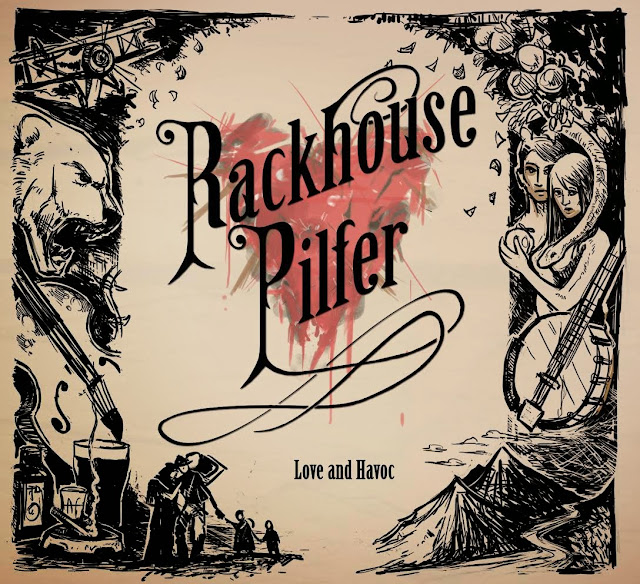 
A prodigious diet of gigging in Ireland and further afield has honed Rackhouse’s musical chops to a point of extreme sharpness, as they release this, their second album in the hope, indeed expectation, that it will bring them to a wider audience and upon listening, I have no doubt in my mind that it will. I first came across these lads as they took to the stage at a major west of Ireland festival back in 2013, and from the first number performed I was blown away by the pure raw energy, talent and presence that they undoubtedly possess, and found myself wanting to hear more with immediate effect! Word that they were working on this new album lit excitement in many a fan nationwide and when it landed on my desk, the repeat button was well and truly hit!

Recorded in Nashville, under the watchful eye of well regarded producer Brad Jones, quality oozes from every pore of this release, marking out the band as one which is well worth keeping an eye on in the future.


The combination of strong material, and a vocal and instrumental skill which Music City itself would find hard to match is what gives "Love and Havoc" its edge. All but one track – itself a snappy cover of the traditional "Shady Grove"- comes from the band’s own writing. Universal themes are in evidence - love, loss, personal journeys, and the lighter side of life, but all seen through the prism from a different angle. “Angela” is a tale of love lost which could well find its way on to other artist’s albums, as indeed much of the material could, a strong lead vocal backed up by harmonies of crystal purity. "Bright Lights", "Dust on the Road" and "Me and a Polar Bear" would lift the spirits and paint a smile on the most hardened soul, but the standout track for me on this album is "Fallen Leaves". This is a great song in any mans language, its power accented by Fiachra's marvelous vocal.


There is so much to admire here,not least the variety of material on show, from live performance to studio productions, you'd be hard pressed to find a listener not left wanting more. Suffice to say that, as a calling card to an industry that is always on the lookout for new sounds, Rackhouse Pilfer present a very strong case for the defence. Super stuff!