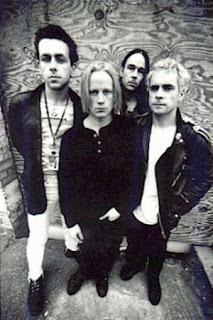 Compulsion's album Comforter was the first time I realised that an Irish band could produce music on a par with everything else I was listening to at the time. I think it was when Pearl Jam's Vs album was on repeat play in my teenage bedroom that Comforter found a home in my life. They were a punk influenced indie alternative act who probably suffered from the 'sound like Nirvana' tag!

In 1992 Compulsion was formed by Joey Barry also known as Joseph Mary. Joining him were Sid Rainey and Garrett 'Jacknife' Lee, all of whom had played together in Thee Amazing Colossal Men. The band recruited Jan Willem Alkema from Holland on drums. 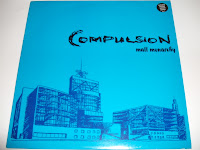 Officially Compulsion only released two albums. Comforter was followed by The Future is Medium in 1996. A b-sides compilation was released in 1995 called Hi-Fi which includes the song Yabba Yabba Yes Yes


In 1996 Compulsion broke up with Garret Lee becoming the electronic artist Jacknife Lee and later becoming the producer of choice for artists such as U2, REM, Editors, Snow Patrol, Weezer and Bloc Party among many others. 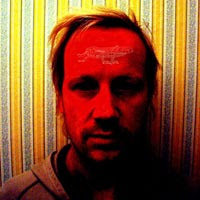 Legacy: Compulsion was a band for me who introduced me to Irish bands. They had the ambition to break into the UK indie scene with many of their singles flirting with the UK charts and they appeared live on The Word as well as playing many of the big UK festivals. The vast majority of their music is standard punk indie music with a few exceptions. The album closer on Comforter is one of the best closing tracks to any album. 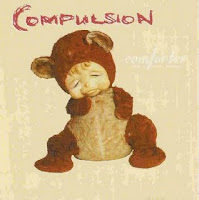 At two minutes into 'Jean Could Be Wrong' the singing stops and is replaced by one of the best indie guitar melodies ever! Other stand-out tracks include Rapejacket, Oh My Fool Like, Juvenille Scene Detective and the instrumental Dick, Dale, Rick and Ricky!


Jean Could Be Wrong


Keep Compulsion's music alive by listening to their music and spreading the word!

Neil Cake said…
I remember them well, and have often wondered what happened to them. I've been looking to get Comforter for a while, but can't find a new copy... within my price threshold, that is.

I have The Future is Medium though, and that is among my favourite 25 records of all time. Sure, it's a bit like Nirvana, but it's also like The Kinks.