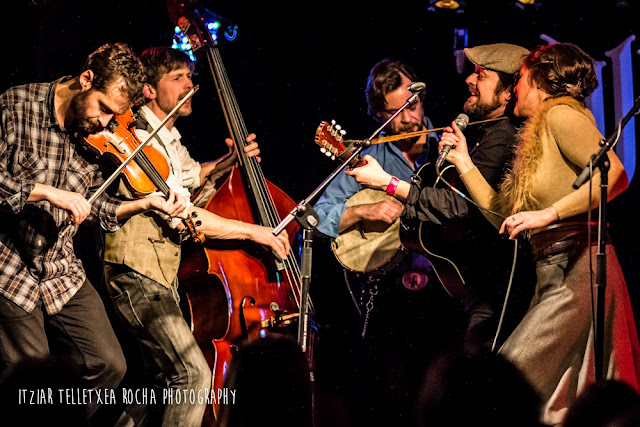 In a special year for Whelans, on Wednesday night it was home to another very special night of awesome music from a band at their peak and on the cusp of something really special.

I Draw Slow performed a set comprising of their best songs from their three albums to date and even included a new song 'Carolina' as a taster of their forth album they are currently writing. Highlights included 'Goldmines' and 'Cry Help' off Redhills, 'Little Switzerland' off the debut 'Downside' and every song played off the current release 'White Wave Chapel' sounded incredible live.

I'll never stop shouting compliments about this five piece of outstanding musicians with their unique sound of bluegrass, Appalachian influenced sound with a hint of good time Celtic folk thrown in for good measure.

The MIRT Ireland charity which the gig was in aid of is a charity close to the Holden siblings in the band so there was a sense of emotion, dedication and indeed celebration from the band. During the set Dr Peter O'Gorman took to the mic and gave an passionate outline to the work of the Matter Institute of Research and Therapy in Blood Cancer. The performance from I Draw Slow was suitably wonderful to highlight the great efforts made to improve lives of Blood Cancer patients.