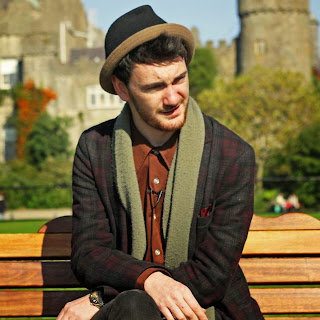 Brighton Singer-songwriter recently completed an Irish tour and took the time to tell The Ceol Collective about it. By the way, he has incredible vocals so get listening to his music below.

2. Where are you based?
I'm based in Brighton, in the UK, where I was born and raised.

3. What achievements do you want me to know about?
Achievements... I think i'm always working hard on to keep moving, i don't really get a chance to view them as 'achievements'... Maybe I should?

I think headlining my first show in Paris is up there, doing shows in Europe in general really. Being able to travel through my music is a dream come true. I also released my first 'real' record on a 7" vinyl in the summer called 'For You'. I've always wanted something on vinyl so that was a special moment.

4. What are you up to now?
Writing, mainly. I've just finished quite a big year of shows and i still have a few more. Most notably my support slot for James Blunt at the Brighton Centre at the end of the month. That'll be my biggest show in terms of size since i started playing with it at nearly 6,000. But yeah, at the moment I just want to write and start thinking about my next record.

6. What is the best song ever written?
It's an impossible question to answer for a thousand reasons but in terms of songs that immediately come to mind, for me I always think of 'Nothing Compares To You' by Sinead O'Connor. I remember one of my earliest musical memories was seeing that video on TV and it just being her face singing the track, it was constantly played in my house and i think it was the first time i had a genuine emotional reaction to music. Which, for me, is why I listen to music.

7. What's the best album ever made?
Oh man. So so difficult.
There are too many... 'Grace' by Jeff Buckley? Hendrix? Bowie? I don't know. Don't make me.

8. What are your future plans?
To release another EP hopefully followed by an album and spend the majority of next year playing and building on what i have done this year. It's been a good one, 2014 has treated me well so i hope to continue that through 2015.

Haha, the record is available physically via my webstore or online digitally via Itunes and all the usual places.