Posted by Unknown on September 13, 2013
Ailie Blunnie, from Carrick On Shannon in the Midlands of Ireland launched her debut EP entitled 'On Love ... and other Murder Mysteries' in fine style in The Grand Social last night. It's been ages since I was at such a relaxed, funny, entertaining and stylish gig as Ailie Blunnie's in Dublin's The Grand Social. 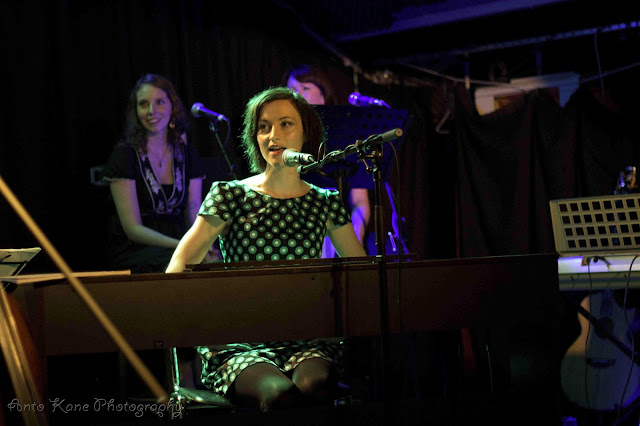 Ailie Blunnie is a superb performer, singer and songwriter who'll be forever compared to Regina Spektor or a Julie Feeney but with a funny quirky personality that oozes charm and demands your attention. I've found a new favourite Irish artist in Ailie. 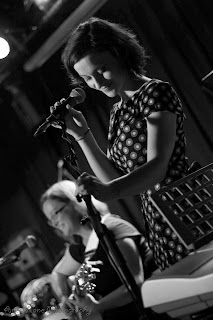 With the risk of being accused of championing, I'm going to come out with a bold statement that last night's gig was the perfect EP launch. Without a support act, Ailie and her band played a varied set of 'Murder Ballads', lullabies, well placed covers and those lyrically perfect quirky tracks that were brought to life last night. Backed by a fantastic rhythm section of drums and double bass as well as Ailie's sister Róisín on keys and two backing vocalists, the band were on top form all evening. A mid set collection of ballads were enhanced by the arrival on stage of Vyvienne Long on cello. The best song in the set was the anti-love song 'Whiskey & Ice' which I adored. Other standout songs in the set were the closing song 'Monsters', the very funny older song of Ailie's entitle 'We Women' and this fine track 'Coming To get Ya' which is the opening track of the EP:

Apart from the music, the most enjoyable aspect of the gig was the fun between song banter between the sisters on stage that was very organic and funny. This along with the lyrics of Ailie's songs made me chuckle and laugh the whole night through. There's a no holds barred attitude to Ailie's lyrics that I love. The lyrics draw you in and the music envelopes you to great effect. This is a superb band that I hope is able to build a good fan-base off the back of this wonderful EP. 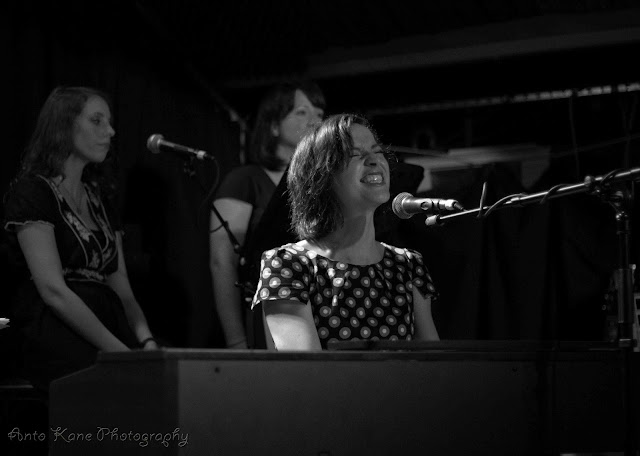