Photos as per usual came from Anto Kane: https://www.facebook.com/AntoKanePhotography

After a mellow night on Saturday hanging around The Unitarian Church we got into the full spirit of the Meteor Camden Crawl on Sunday visiting numerous venues and seeing as many bands as we could kicking off with the incredible sounds of Overhead, The Albatross in the Workman's Club. 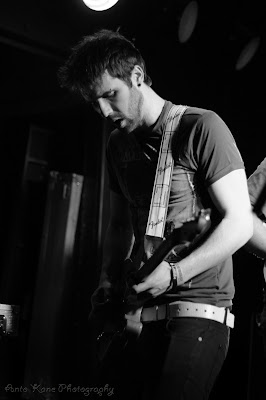 For me one of the best things about the Crawl was that in one weekend I got to see well promoted and talked about bands for the first time and to discover new bands.

Overhead, The Albatross ticks both boxes. Their shear power on stage was immense. Industrial, experimental, instrumental, alternative are many lables to use with this band but Overhead, The Albatross made great music full stop. I was particularly impressed with the distinct guitar riffs the three guitarists performed in each track. Great band with a stunning debut nearing completion. 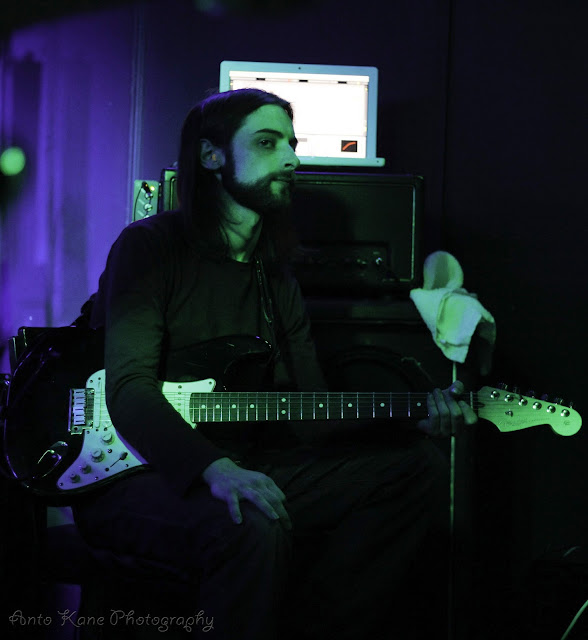 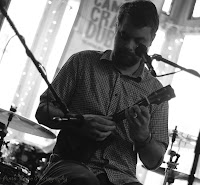 From the ridiculously talented noise to the take it or leave it ukulele folk of Peter Delaney upstairs in The Stag's Head. I'm not a fan of the Uk [more of this later] and I don't see anything enduring or charming in the style of Peter Delaney's music and no matter how hard one tries there's only so much variation you get from a guy with a Ukulele.

A quick hop over to Sweeney's finds us in the glowing company of Dublin band Slow Skies. 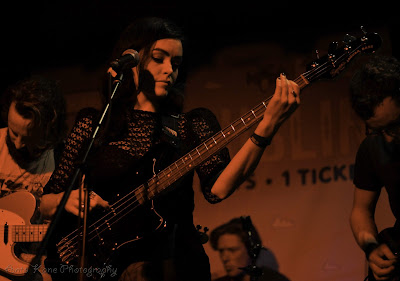 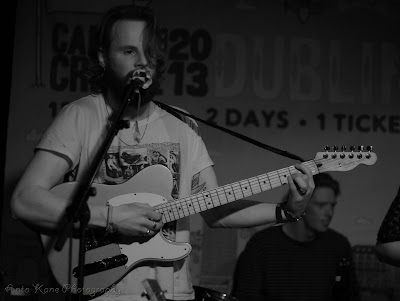 The four piece band performed beautiful tunes with singer Karen having superb vocals. It reminded me of past Irish bands such as The Plague Monkeys or The Tycho Brahe. The musicianship was glorious throughout providing a cinematic backdrop and allowing the vocals to have centre stage. A great performance.

A run up to The Unitarian Church in the hope of seeing some of Mossy Nolan's set proved unsuccessful but we had coffee from the good people of Young Hearts Run Free and waited for the bearded Johnny Lynch from The Pictish Trail. 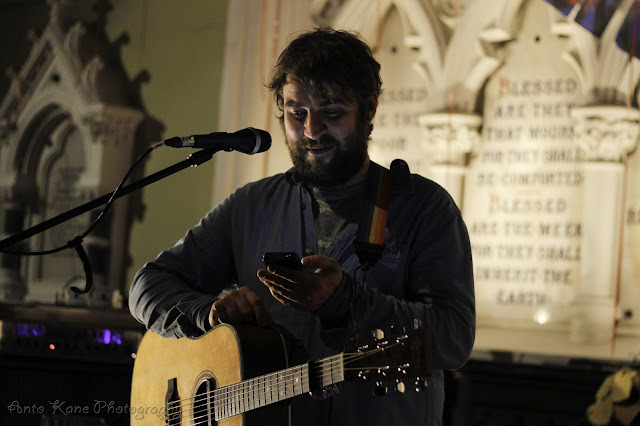 John's vocals were really stunning while his songs are not suited to a KT Tunstall crowd which suits me fine. We only stayed for a few tracks but I was really impressed with the delivery, banter and quality of the songwriting.