Posted by Unknown on May 03, 2013
Whelans was the venue for one of the most humble, heartfelt gigs I've been to in a very long time. Kiernan McMullan played his first Dublin headline gig for a number of years with support from Rob Hope, lead singer of Senakah and one half of forgotten Dublin band TKO. 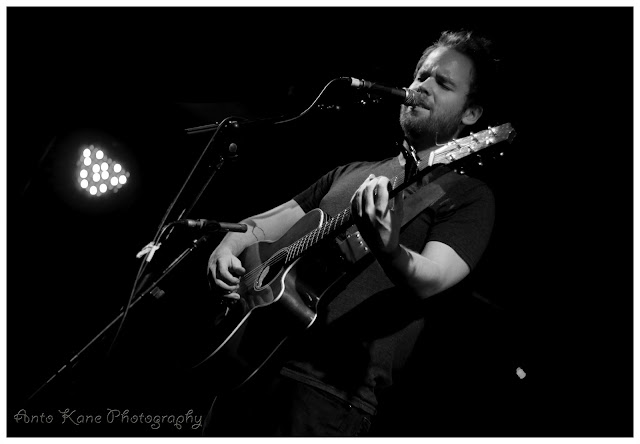 Rob Hope kicked off the night with a mixture of old, current and brand new songs. Highlights from the set included a rousing acoustic version of the recent single 'Human Relations' as well as a brilliant run through of the song 'Clarity' from Senakah's debut album 'Sweeter Than Bourbon'.. Catch Rob and the band Senakah in The Workman's Club on May 17th. 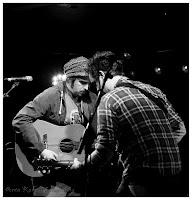 Mic & Graham arrived on stage next from Dublin band TKO. The pair were stage rusty and took a couple of songs to find their groove with Graham in particular desperate for a bout of good time jumping around. I like TKO and their style of gypsy folk with quality 'Colin Hay/Adam Duritz' - esque vocals from Mic. I'm glad their hiatus is over now and I'd be hopeful of a full band gig announcement soon. The bright spark of their set was 'The Busker' from their 2011 EP.


Last night was my forth time seeing Kiernan McMullan live in concert and his intensity and deliver improves each time. When Kiernan performs live I always feel that I'm watching someone who exposes an incredible talent on it's audience and delivers meaningful tales and stories from his musician life with real emotion and at times frailty. Within a few lines of the first track I was again urging the world to 'Discover' Kiernan McMullan. 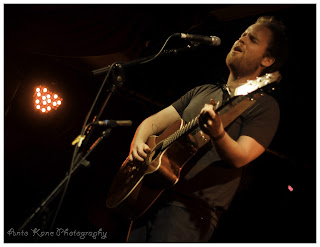 The between songs banter was good fun with tales of Dublin's cosmopolitan heroin addicts on the streets, life in Nashville and insights into the origins of some of the songs in the setlist.

Highlights from the set included 'Company' and 'Kickin' Rocks' off his most recent EP also called 'Company'. My favourite tracks were 'Sick of You' off last year's album entitled 'Two Years' and 'That Afternoon' from his debut album 'Perfect People Are Boring'.

Kiernan's an incredible talent who deserves your attention.