Album Review: Bipolar Empire - Feel That You Own It

Posted by Unknown on April 19, 2011
Bipolar Empire is the latest band to get a big push in Ireland. The band are releasing their debut album 'Feel That You Own It' this week and it's got some very good songs on it. However as an album it doesn't work for me as there are too many highly skipable tracks. 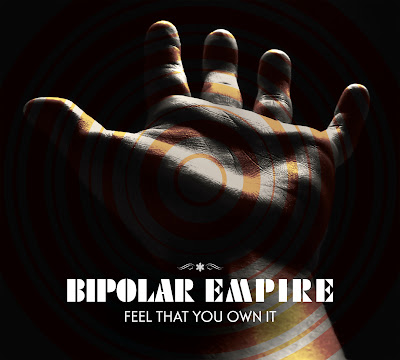 The album kicks off with the infamous 'Tempomaniac' which was heavily featured on Irish television. I've never liked the track and therefore skip onto the much superior title track. The song 'Feel That You Own It' acts as a middle ground here. The album has songs heavier that it such as 'Playing With Fire', 'Open Our Minds' and 'Start The Show' and some where the tempo comes right down. For me the latter tracks are much better where the vocalist really shows his quality.


There's no doubt that Shane O'Reilly has a splendid varied textured voice which suits a range of different songs. However he excels on the pop songs like 'From The Sun' and 'Trip Around The World'. Both of these tracks could be likely radio hits for the band and for me are really good tunes.


The album does let itself down when these two song perspectives collide as in the songs 'Human Race' and 'It's Only Darkness' which sound like they should belong to a Bon Jovi b-sides album from the 80s!


To finish on a positive note I'd say Bipolar Empire live would be value for money as there's enough good tracks on here to keep up an interest!