Album Review: Bill Coleman - You Can't Buy Back Your Life

Posted by Unknown on November 28, 2010
Bill Coleman has made a great second album in which every song hits home with melodies and messages. The 'story' of the album should be an inspiration to every aspiring new artist. 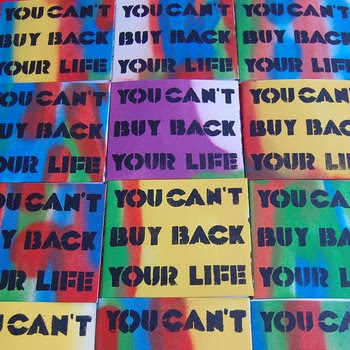 Way back in the 'Heyday' of Irish singer-songwriters of '02 - '03, Bill Coleman releases a debut EP which includes one of my favourite songs ever in 'Don't Suffer in Silence' followed in 2007 with a fine debut album. Bill was gathering a fan base and a name for himself with some prime time TV appearances. Then the story unfolds as Bill tells it himself at gigs that he is to become a full time musician because of redundancy. The redundancy money went into 'You Can't Buy Back Your Life'.


Bill's model of selling music has been to make the album available for free through his website for download in exchange for an email address here. However if you get a chance to see Bill perform live, like what I did a few weeks back, you can pick out your own unique copy with it's own artwork and number. It's all explained below in a video.


I've read reviews of this album in which the first few tracks of the album are held in high regard but the second half is considered weak. I disagree with this completely. I've been familiar with the early tracks on the album for some considerable time and it seems ridiculous for me to review them here. The track 'Crossfire' makes a great ringtone!


The album kicks off with 'I Want You To Know' and 'Welcome to the Breakdown' where Bill sings with such great conviction and passion. 'She Knows/I Know' is an intriguing love story. 'Crossfire' has a great sing a long chorus and foot tapping rifts. All of the early tracks consist of a full band sound with many hooks and loops to fill in the sound. This works and the tracks benefit to a point. However for me there's no comparison to the strength and depth of some of the tracks towards the end of the album.


While reviewing the album I found myself beginning the album on track six which is the sublime 'Your Hands Were Made For Working'. The delicate vocals and beautiful lyrics of the track is of such high standard. Nobody in Ireland has written better songs than 'Your Hands ...' or the compassionate 'False North' or inspirational 'Church of Second Chances'.


This leads me to the most important aspect of Bill Coleman. He writes great songs. Songs of meaning which have a point. These lyrics get delivered with vocals which can be delicate on some tracks and full of passion on others. The best example of this is 'False North' where he conjures up a variety of emotions;

| will change your mind, I will kiss your tears,
I will break your heart, Then I'll disappear."


Your Hands Were Made For Working by bcoleman

The Church of Second Chances by bcoleman


Here's the wonderful video for 'Welcome To The Breakdown'