Posted by Unknown on September 05, 2010
Surprisingly enjoyable album from the much travelled and recorded Eleanor McEvoy. The album is full of good tunes which deserves radio play and attention. 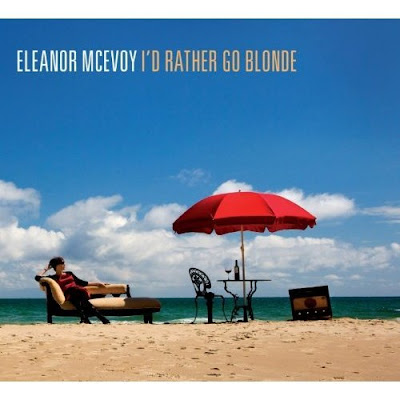 For the most part 'I'd Rather Go Blonde' is like a popier less artistic Julie Feeney. It kicks of with the violin picking rift of 'Look Like Me' where Eleanor confirms her belief that she should keep her individuality. The lyrics on many of the tracks are humorous and insightful and gives the album a feelgood effect. I wouldn't like to be the subject of the title track. Eleanor would rather go blonde than be seen out with the subject!


There are a couple of beautifully written love songs here. 'Away From You' goes through the motions of feelings while being separated from a loved one. The best song for me is 'Take You Home' which sums up the feelings of lust when you meet that person who lights a fire within you.

'I'd Rather Go Blonde' is not a flawless album. I don't get the soul-inspired track 'The Thought of You' which sounds a bit too Simply Red for my liking. There are a few very average tracks which fail to leave an impression. However the quality of the tracks mentioned above go in some way to make up for the average fillers. 'I'd Rather Go Blonde' ends on a high with a Regina Specktor sounding piano based track 'For Avoidance of Any Doubt'.


Buy The Album from Amazon here:

Go to http://www.eleanormcevoy.com/sounds/index.html for some cool music from Eleanor's back catalogue.
Albums Eleanor McEvoy Julie Feeney