Posted by Unknown on September 12, 2010
'Nine Lives' is the product of Nick Kelly's 'Gestation' project which was conceived in September 2009 with nine monthly gigs upstairs in Whelans. Alien Envoy is the new recording name of Nick Kelly with 'Nine Lives' being a live collaboration with numerous quality musicians.

Oh and it's a damn good listen too! 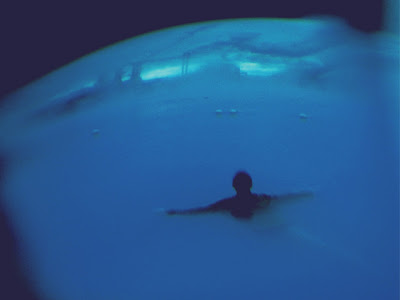 'Nine Lives' was recorded at Whelans, Dublin between September 2009 and March 2010. I believe the initial plan was to take a bunch of rough demos and mould them into a finished product throughout the gestation period. 'Nine Lives' was therefore going to be a full studio album instead of the live recorded album I'm listening to now. The thought process behind the decision is here: http://gestationproject.wordpress.com/2010/06/23/a-moment-of-clarity/ I've always loved listening to live albums and it does add an extra gloss to 'Nine Lives' as you appreciate the quality of the songs, musicianship and vocals of Nick Kelly. SOme of the musicians on the album include Ann Scott, Joe Chester, Binzer, Tim Bradshaw and Boo Hewerdine.

While there are only nine tracks on the album there's enough variety to keep your attention. It kicks off in sombre mode with Nick's vocals and piano on the track Donnybrook. For me it's by far the weakest track on the album. 'Everything's Wrong' contains wonderful strings with Nick's vocals and lyrics in top form. 'Untidy' has Briana Corrigan providing co-vocals with the vocal harmonies really making the song. '45' is recorded here with the former members of Nick's old band 'The Fat Lady Sings' and is a catchy pop song. The best song on 'Nine Lives' is the equally catchy 'Arthur Ashe'.


'Nine Lives' is an excellent album for a few reasons. Nick Kelly is a quality songwriter. His lyrics are thoughtful, concise and always tell a story. The lyrics with his fine vocals are always a joy to listen to. Due to it's accidental live recorded birth 'Nine Lives' is a varied album of strings, different vocals, piano based tracks or full band sound which provide the background to Nicks vocals and stories. 'Nine Lives' even contains a good Christmas song!

friend of rachel worth said…
it is a great lp I was a bit worried when I heard it was going to be a live one, but the sound is really crisp
not sure I agree with you re the opener, I really like it when he does low key sad songs
12 September 2010 at 21:08

I love the quiet ones on Nicks first two albums ... Grey and Blue ... what beautiful song ... suppose what I should have written something like I didnt connect with it and therefore the album begins on track 2!
12 September 2010 at 21:54

Anonymous said…
I didagree with many aspecst of thsi review. Fro one I think teh opener is excellent and I'd have to say "Untidy" is quite possibly one of Nick's finest songs to date, it's a real gem.
1 October 2010 at 14:16