Posted by Unknown on May 25, 2010
This week on the blog I'm bringing the best posts from my first blog 'Mixtape4Melfi' over to 2uibestow. With the IMRO thing I've decided to delete that first blog altogether from the internet archives!

Ruby Tuesday was a feature where I plugged a band that was at the very least new to me. I did find some wonderful jems. Here's part 1 of the archive! 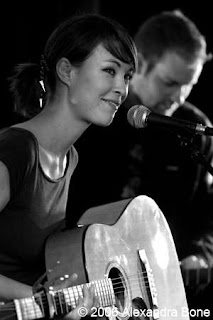 Wexford born and leeds based singer ODi (Claire Oldum) has wonderful raw talent that should bring her all the success she deserves. Out now through her MySpace is a 5-track EP with the following tracks:

I really hope ODi gets noticed because she has everything to compete with Lisa Hannigan, Gemma Hayes or Cathy Davey. A visit to her MySpace to listen to her tunes will confirm that ODi has a superb voice, great songs and strong lyrics. 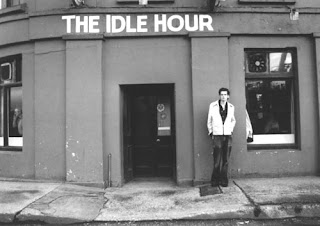 This week's Ruby Tuesday is Cork singer Ian Whitty. Ian has been on the Irish Music scene for over three years and October 24th sees the release of his debut album entitled "The Lucky Caller No. 9" Since Ian's emergence, he has been a highly active figure in the thriving Cork scene. Ian has performed with many of the luminaries of the Irish scene including Declan O' Rourke, Josh Ritter, Damien Rice, The Frames and Roderigo y Gabriella. Ian Whitty has a voice that is calming and soothing at the same time as being a voice of wisdom. His voice sounds like Stephen Malkmus crossed with Mic Christopher. The sound of Ian Whitty & The Exchanged is different to the regular singer-songwriter sound we are used to here. Ian's lyrics are clever and funny backed by string accompanied pop music. Go read up about Ian, download the brilliant Houndstooth Shirt sample and support him live!
Website
MySpace 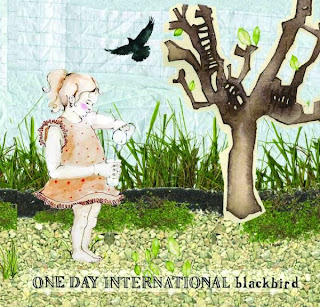 One Day International formed last year and they have recently completed their debut album "Blackbird" ready for release on October 3rd. The band are fronted by Australian Matt Lunson who in 2005 achieved critical acclaim and moderate success in Ireland with his debut album Miss Vaughan. Now safely within a five peice band, One Day International have supported the likes of Elbow, Crowded House and Richard Hawley. They are at the Electric Picnic this weekend. One Day International are a band I'm looking forward to seeing live and to listen to their debut. Sleeping on Trains is from that album. Irish band The Aftermath are this weeks subject of Ruby Tuesday where I bring to attention new music from Ireland and beyond. Brothers Johnny Cronin(Guitar,Keys,Vox) and Michael Cronin(Drums,Percussion,Samples,Vox) returned to Ireland in 2004 from Leeds and set in motion a plan that would lead them to form The Aftermath. The 4 piece now with Justin McNabb(Guitar)and Martin Gray(Bass)are fast becoming Ireland's great hope to follow in the footsteps of The Frames and U2.

The Aftermath - Are You Not Wanting Me Yet

The band have a very comprehensive biography on their MySpace which is worth checking out! The band are currently touring their asses off around Ireland. They have also supported Pete Murrey in the Olympia Theatre in Dublin. The album Friendlier Up Here was released in April this year includes their three Irish top 20 hits. It is a classic Irish rock album. It includes some singalong big chorus anthems, some grinding bop your head tunes as well as a few seductive tracks! It's a very mature offering for a debut album and reminds me in many ways of Parachutes!

Ruby Tuesday time again folks. The Spook are a four piece band from Dublin who I believe are creating a new Psychadelic Celtic Folk genre all by themselves. I caught about ten minutes of their set in Road Records on Record Store day a few weeks back and I was intrigued. I remember thinking if Joseph Arthur was Irish he would sound like this band. Their self titled debut album is on my checklist of CDs to get in the coming weeks and I'm looking forward to seeing a full set of them in the near future! CD is out today.....order @ Road Records....link below! Maeve O'Regan from Dublin is a piano based singer songwriter of exceptional talent.....i really have found a Jem and you all need to explore her MySpace page and send her some kudos. She describes her music as

"If Rufus, Regina and Amanda Palmer made babies in the toilet bowl of the ladies bathroom in The George. And those babies made music."

For non Irish readers The George is Dublins infamous gay bar! I do hear the Regina Spektor influences in the following song posted here but I think the sound is alot closer to Fiona Apple. The song Junkies Can't Swim here sounds so professional it deserve to be on a CD soon in your local record store. Also have a read on her page about how she met her drummer in Dublin! (A Sequal of Once maybe! ......called Twice!.....ok I'm being silly!)


If you like this track pop along to her MySpace and get another amazing tune from a star of the future!
Damien rice Ian Whitty and the Exchange Maeve O'Regan Odi One Day International The Aftermath The Frames The Spook of the Thirteenth Lock