Me and the Hermanos have never recorded anything as a band in a studio before, so we decided to record a new song to use as a B-Side to ‘Rearrange’. We went into Porchlight Studios a couple of weeks ago and emerged a few relatively stress-free hours later with a good version of a new song. ‘Who’s Blue?’ harks back to the early 1990s, when bands such as Pavement and Nirvana ruled the world…

In my tight-fisted wisdom, I decided to mix it myself. Mixing is both a science and an art and is more complicated than I think I’ll ever understand. But I love a challenge (and hate spending money). So, after a few days in reverb, compression and EQ hell, and with help from the Hermanos, here’s what we settled on ..... check it out on our MySpace!


Big thanks to Herm for the week's residency of the blog!

Get yourselves here tomorrow: 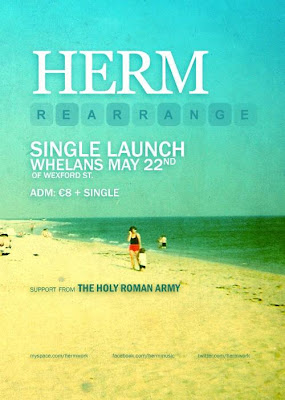