Posted by Unknown on May 16, 2010
Ambient Indie Pop from a relatively unknown Cork duo full of charm, atmosphere and some really good tunes. 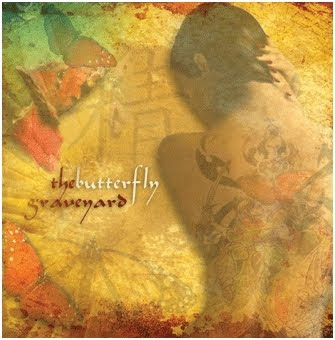 Due to the arrival of cheap recording many artists are ripping up the rule book and recording their album before building up a fanbase. The Cast of Cheers is a perfect example of this. The Butterfly Graveyard are another band who are using their beautifully packaged debut album to open doors and build a fanbase using music blogs and local media sources to get to as many people as possible:


The album packaging is very nice but as I've heard or read nothing about the band until the album arrived to me my first thoughts was that the album will be full of Enyaesque Celtic Mysticism! How wrong was I? The album is the closet I've heard to The Devlin's 1997 album 'Waiting'. Some of the tracks here are radio friendly pop songs such as the splendid 'Sunburn' and the delicious 'I'm Lost (When I Can't See The Stars In The City)'. The opening track and free download below 'Writing You Off' is a great song with strong melodies and a catchy chorus.


The lyrics are very descriptive, colourful and multi-layered. 'Falling' for instance is beautifully written with delicate vocals. The album is most definitely a grower as was mentioned in the Golden Plec review however some of the tracks come and go without leaving much of an impression on me. This presents another paradox because when you dig deep at the lyrics they are very much inspirational and powerful yet get lost within a maze of an ambient soundtrack.


There's enough really good songs here for me to recommend this album to you. It's perfect background music on one level yet would suit a listener wanting some seriously good lyrics set to an indie pop backdrop! It is brimming with charm and atmosphere yet in many ways it fails to make a real connection with me.