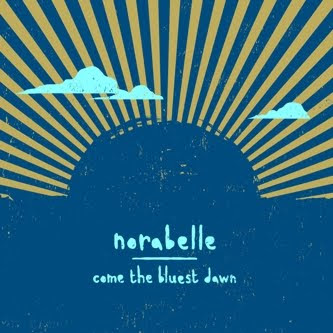 Norabelle are in the main Ken Clarke and Shane O'Hanrahan with occasional drummer Steve Ludlow. Ken and Shane write the songs, play guitars and piano and sing really pleasent harmonies! I can only describe Norabelle's sound as Simon & Garfunkel harmonies to a Bon Iver soundtrack!


Come The Bluest Dawn contains just four songs and comes in at a healthy 26 minutes. Norabelle write Red House Painter inspired atmospheric songs of great depth. 'Still' opens the EP and is a song which showcases the guitar playing of the band. 'Pins & Needles' shines towards the end when the piano is introduced. 'Underpass' also contains a beautifully written piano score. The standout track for me is 'Lemon' which illustrates the power of the vocal harmonies Norabelle have to offer! This band write songs and music on an epic scale.