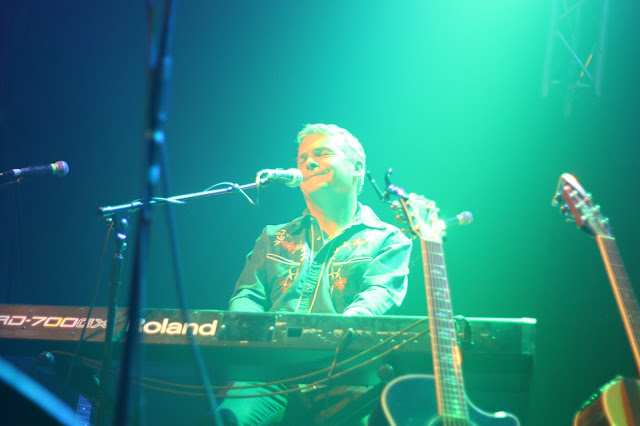 Nick Kelly, former frontman with The Fat Lady Sings and accomplished solo artist under his own name and with the moniker "Alien Envoy" kicked off last night's gig with a selection of songs from The Fat Lady Sings albums 'Twist' and 'Johnson'. We arrived half way through the anthem that is "Drowning Maud Land" and got to hear much loved songs such as "Deborah" and the majestic "Horse Water Wind" performed with assistance from Anthony Gibney on guitar, Colin J. Morris on bass and Ann Scott on backing vocals.
For the main course Nick arrived with a new shirt and the rest of the "Alien Envoy" band of Celine Carroll and Graham Hopkins to complete the line-up with Anthony, Colin and Ann mentioned above. The main set consisted mainly of songs from the new Alien Envoy album "Loads", as was expected, a few tracks from the previous "Gestation" album as well as a few firm favourites from TFLS. One of my favourite songs from Johnson, the second album from The Fat Lady Sings songs 'Alien' got an outing which pleased me big time.
I've been a fan of Nick's for a very long time going back to his initial solo gigs in Whelans in the late 90's, but I felt that bond waiver in the years from 'Running Dog' to 'Gestation'. However last night's gig brought it all back to my why Nick Kelly's music, words, humility and grace will always be special to me.
"Loads" is a positive reaffirming album which includes Nick's best songwriting since "Between Trapezes". Songs like 'Hold On To Your Soul', 'Nothing Left to do but Dance' and current single 'Breaking America' were performed with pride from a band who genuinely were grateful of being on a stage for their fans and friends.
It was a humble friendly gig with plenty of banter between Nick and Celine in particular as well as Nick providing just the right amount of a song's back story and information before each song. Who knew that Samual Beckett used to give Andre the Giant a lift to school or that after a four month tour of the US that Nick split up TFLS?
Last night's gig felt like a true master of the stage giving a rare performance with those in attendance feeling privileged to be witness to such a masterful display of songwriting and performane.
Keep in touch with Alien Envoy here: http://alienenvoy.com/
Buy the album 'Loads' here: https://alienenvoy.bandcamp.com/album/loads 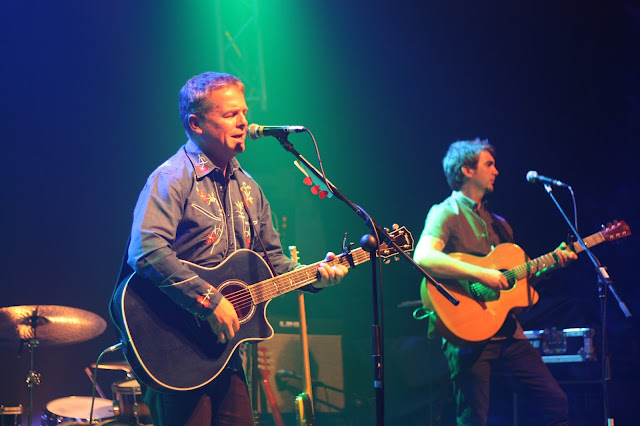 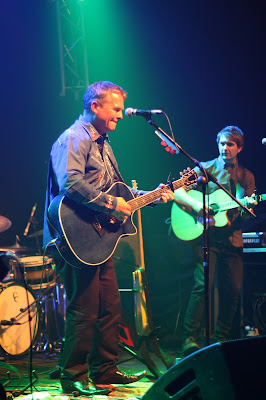 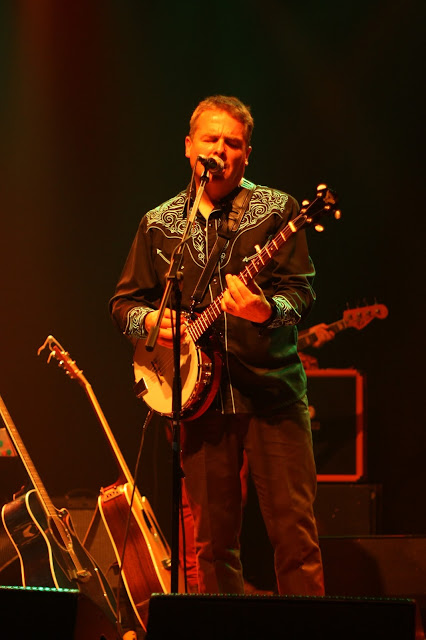