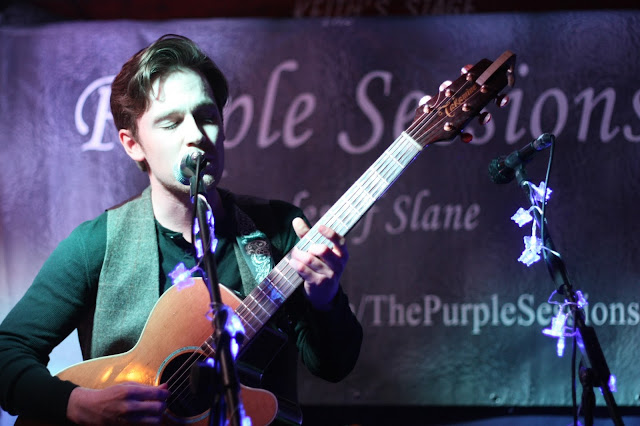 April's impressive line-up for The Purples Sessions consisted of Whistle, Fuzz Gigolo, Niamh Crowther with singer-songwriter Gar Tiernan opening proceedings.
Gar Tiernan is an excellent songwriter with commanding delicate vocals to compliment his tales of love and relationships. While not ground breaking there's enough from Gar's set to suggest he's well on the way to producing radio friendly meaningful songs. 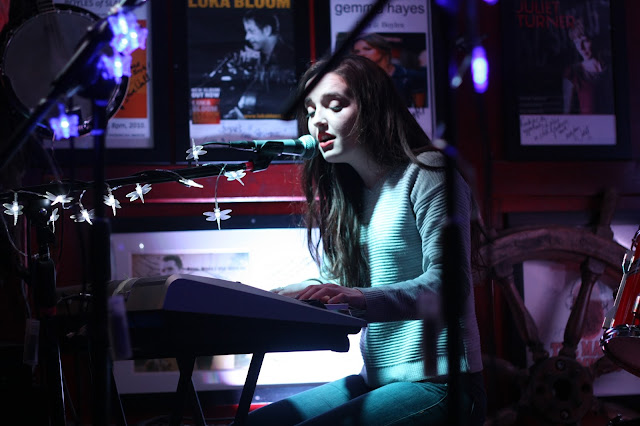 18 year old Niamh Crowther from Ashbourne was up next. Boyles of Slane is the perfect intimate venue to hear songs from this emerging talent. Niamh's crisp delivery of her songs along with her on stage confidence made assured it was a competent charming performance. Niamh's recent single 'Origins' was a highlight as well as this song 'Bullets':
Fuzz Gigolo based in Drogheda are a good time bar band whose live performance was top quality. Normally at session gigs the five song rule is enough to get a satisfactory snapshot of a band but with Fuzz Gigolo I was left wanting more. There was energy, good old fashioned frontmanship from lead singer Fran as well as complimentary backing vocals from new band member Nicola. The standout track was 'Push' with it's positivity flowing out of the band. 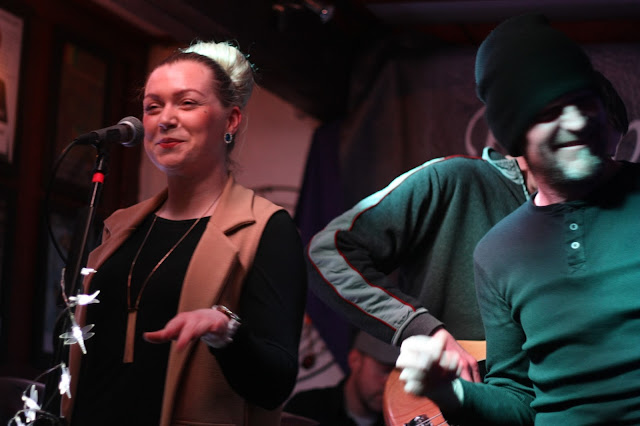 Headlining the April Purple Sessions in Boyles of Slane was 6 piece folk band 'Whistle'. Bringing with them guile, experience, diverse instruments and a bunch of great Americana/folk songs 'Whistle' were the perfect act to finish off the night. Hopefully an album is in the works but for now check out the band performing in Abner Brown's a few weeks back: 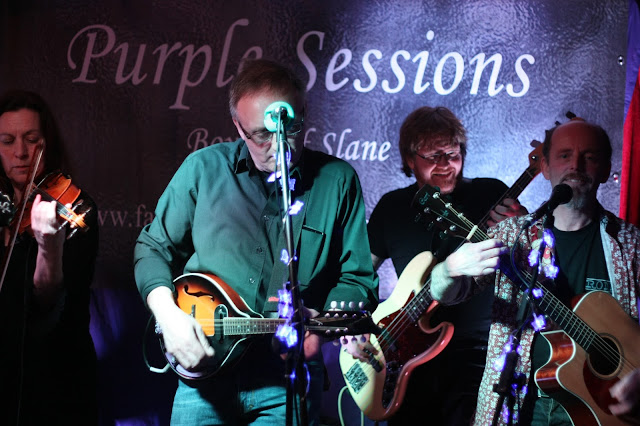