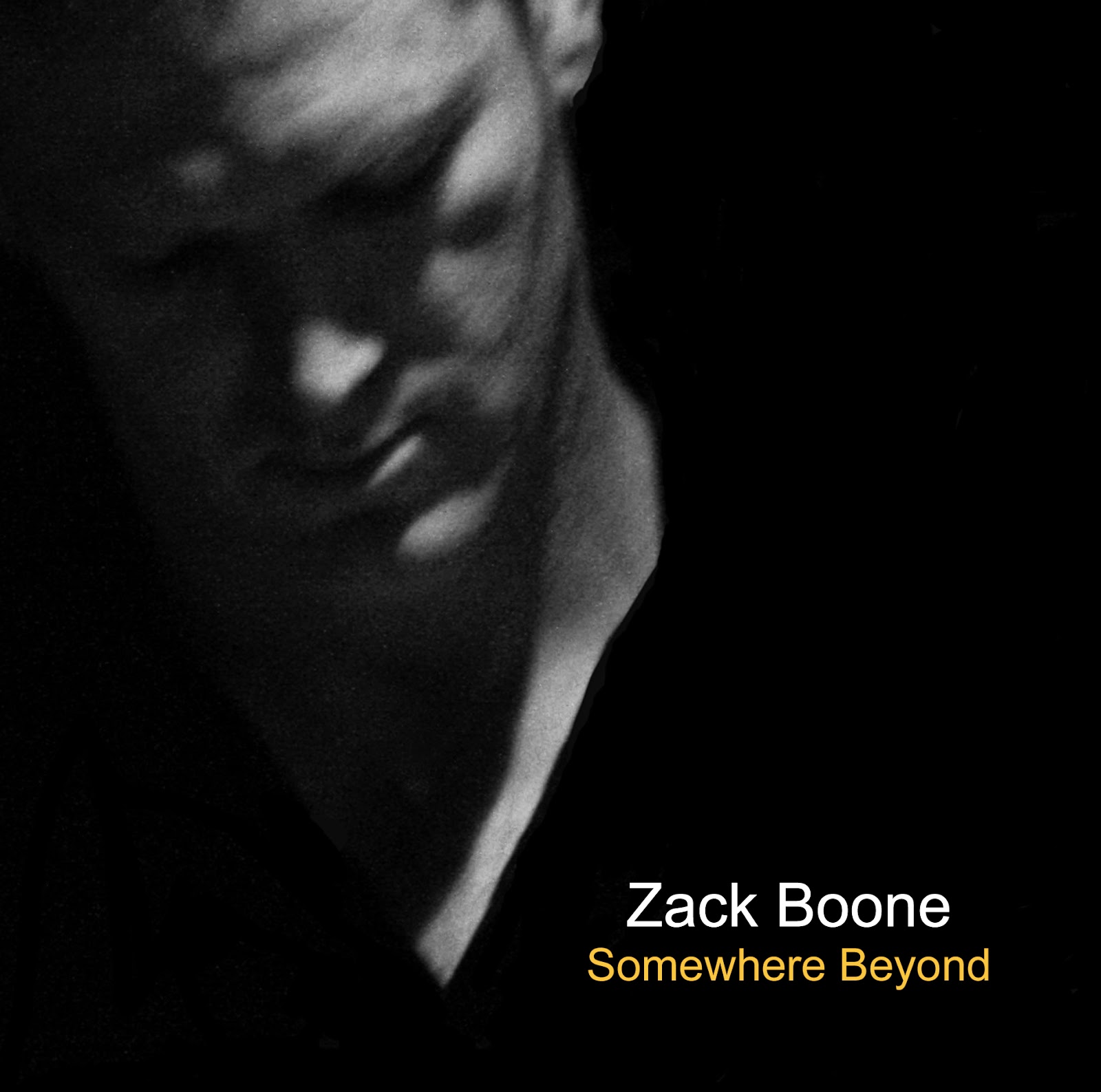 Right so, here I am with my first review for Ceol Collective and I get given this very interesting album "Zack Boone - Somewhere Beyond". The first thing I notice upon opening the email is the moody look of the album cover, it's a strong statement from an artist I haven't heard before, in fact it intrigues me to the music style of the artist. So I hit the aul play button and give it a good listen.

The first thing to note about this album is the intro song, "Stay With Me Tonight", funnily enough its the first thing that most people would note, but, what makes me sit up and listen is that its a full nine minutes and thirty one seconds long. If you enjoy vocoded/auto tuned vocals then this would be right up your alley, it seems like a nod to Daft punks "Discovery" album which is an album I really didn't take to. If I was listening to this on a tape deck, the first thing I would do is make sure that the batteries are good and that the deck hadn't chewed the fuck out of the tape. The lyrics are blended seamlessly into the vocoder so much so that I found it difficult to make out what was being said/sung. At 9.31 that's enough time to make three soft boiled eggs, one after the other, in quick succession and butter your toast.

The next track "Memories of the future" is eight minutes and thirty two seconds long and has guest vocals from Stephen Hawkins in this dreamy pop synth ladened number. Again I found it hard to make out the lyrics in this track, but, I do think Professor Hawkins is reading a couple of paragraphs from his best selling book "A Brief History of Time"..the irony here is that there is nothing brief about the track at a full 8.32. About 4 minutes in the track does break down to show that Zack does have some potential as an ambient,moody & easy listening musician.

After almost 20 minutes of two opening tracks I found it difficult to get into the rest of the album even after a couple of listens. There are a few tracks worth mentioning that do stand out, notably "I Miss You", "Come Back Lover" ,"Beautiful", "Ellis Island" (A really nice instrumental) & my personal favourite "Begin". There is a certain angst and longing that wont be lost on the listener as Zack's music & lyrics do come across with emotion aplomb.

Overall the only consistency in this album is the inconsistency. It feels like an artist who is struggling with his identity and or direction that they wanted to go in with the recording. I honestly think Zack had gotten distracted with toys and effects during the production part of the album. "Somewhere Beyond", in it's entirity is well produced and does show all the hall marks of someone who cares about and is passionate about their music.  I think Zack Boone as a musician & writer of moody, ambient songs is quite good all he needs to do is rid himself of the over rated vocoder and drop Professor Hawkins from the next album.
https://zackboone.bandcamp.com/album/somewhere-beyond