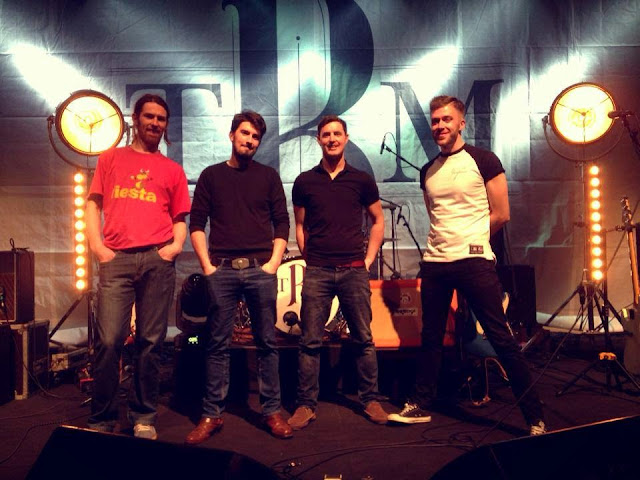 Making a triumphant return for their third show in Vicar Street, The Riptide Movement were determined to show how far they’d come since their days of busking on Grafton Street.

If 2013 was a big year for the Lucan quartet, with the signing of their Universal deal, then 2014 has been even bigger. Announcing at the Vicar Street show that their most recent album, “Getting Through” had just gone gold, the entire show seemed to be a celebration of all they’d achieved.

Slamming through a set-list with old favourites like “Shake Shake” and “Tip Jars” along with new classics like “All Works Out”, TRM never fail to entertain, and to make the most of additional musical punch provided by the brass section and backing singers, who are now an almost permanent fixture.

Having been to the other Vicar Street shows this year, it was a risk that it would all just start to sound the same, but in fairness to the lads, their encore set proved they are not resting on their laurels. From the encore opener played acoustically at the back of a packed Vicar Street, to the brass section interspersed through the crowd, and even lead singer Mal Tuohy’s impromptu appearance on the balcony (which appeared to be to the surprise even of the other bandmates!), it was clear that they were having a ball, and sounding as good as they ever have.

With shows as enjoyable as this and the fact that 2014 brought great things for them at home and further afield, I think 2015 is going to be a big year for The Riptide Movement.