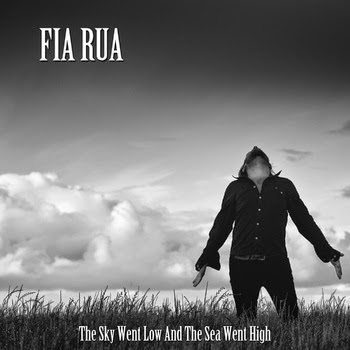 Galway-based, Kildare native Fia Rua’s 2014 album “The Sky Went Low and The Sea Went High” is his third release and at times makes for uncomfortable listening. Currently on a tour of Switzerland with Harry Bird & The Rubber Wellies, Fia Rua’s alt-folk offering challenges the listener to come along with singer/songwriter Eoghan Burke’s mix of darkness and humour as he touches on topics as innocuous as pints with friends and as universal as masculinity and death.

With a myriad of influences clearly identifiable, from the trad roots of “Long Weekend (Galway Town)” to the anthemic “Bohemian Rednecks”, this album cannot be boxed away with the rest of the alt-folk scene and for that must be commended. However, it was this abundance of styles that proved distracting and made it difficult to form a clear impression of the album as a whole. While some songs were forgettable (“Waves are gonna take your sons” for example), there were some stand out tracks - “I Need A Recovery” and “Hard to be a Man” were personal favourites.

Refusing to be lumped in with others in the scene, Fia Rua stands alone with his folk-punk stylings and poetic lyrics.