The Noisy Plug Interview: The Once 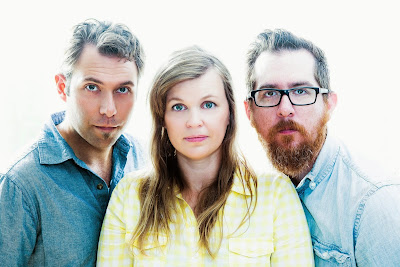 Over the past five years, the Once has been quietly making a name for themselves in their native Canada. The Newfoundland-based band has collected a trio of Canadian Folk Music Awards, been named Newfoundland & Labrador Art Council’s Artist of the Year and earned a Juno nomination for best Roots/Traditional album.

In the coming year, however, the rest of the world will get to discover the joyous, harmony-rich acoustic music that have made them such favorites in their homeland. This summer, the trio (Geraldine Hollett, Andrew Dale and Phil Churchill) released Departures – their first album on Nettwerk Records – as well as embark on a world tour opening for Passenger, beginning in America, before heading to Europe and then Australia and Asia.

They are supporting Passenger in the 3 Arena tonight November 22nd. Last night The Once popped into Hazel Lake on The Noisy Plug and had a chat. Have a listen below.


The Once will be back in Ireland playing The Workman's Club on May 7th 2015. For more information, check out their website. http://www.theonce.ca/
3Arena Gig Guide Interview Passenger The Noisy Plug The Once Workmans Club