Posted by Unknown on November 07, 2014
Anais Mitchell firmly cemented herself as one of my favourite artists in Whelans last night with a set of awesome songs performed to the highest standard. A wonderful night of music. 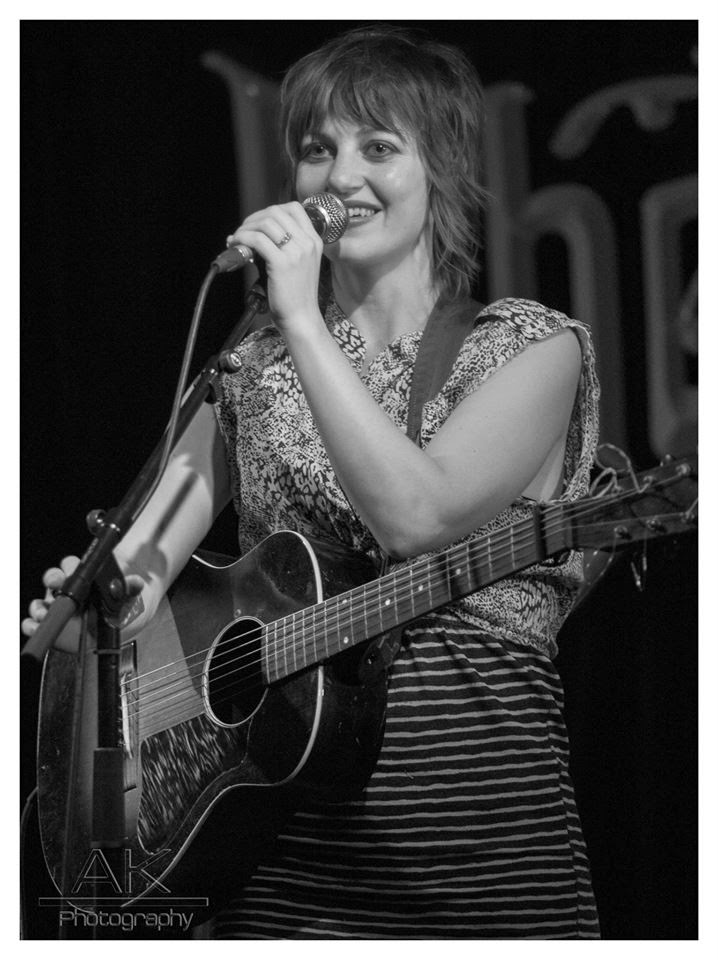 Anais was ably supported by South Dakota songstress Rachel Ries. She has grace and charm in abundance even after stopping mid song to 'cough up a lung'. Like a folkier Aimee Mann, Rachel Ries writes great stories. The set last night consisted of some new songs as well as a bunch taken from her latest release "Ghost of a gardener" that was released in February this year. The outstanding track was the Anais Mitchell accompanied 'centrepiece' of that album; 'Ghosts'.

Anais Mitchell performed a set taken mainly from her new album entitled 'Xoa'. It's an album of acoustic songs, some older tracks, a couple of acoustic takes from the 'Hadestown' album a few years back and a number of new tracks. As well as songs from 'Xoa' in the set there was a rare offering of '1984' from the album 'Hymns for the Exiled', 'Clyde Water' from 2013's 'Child Ballads' and a brand new song "Bonnie Raitt's" song! That 'Bonnie Raitt' song was the highlight of the night with quality audience participation.

It's always great to come away from a gig with a new favourite song. "Now you Know" from 'XOA' is such a powerful uplifting song. I also got another savage buzz from hearing 'Young Man in America' live for the first time. What you have here is a fan writing about how great an artist was live. Oh there was also this song 'Coming Down' and the story of the Australian band covering it and a German dj sampling it in a 20 minute dance song:

As a reviewer you are trying to disassociate yourself from the crowd at a gig and have a fresh perspective for the review. Whelans looked packed because of rows of seats front and central. It made the gig comfortable for them but hot and sweaty for those cramped in at the back.

Also predictably I had the complaint that she didn't play that song I love and then that song etc etc.

It was a wonderful night of engrossing and enriching folk music and it was a real pleasure to be in attendance.