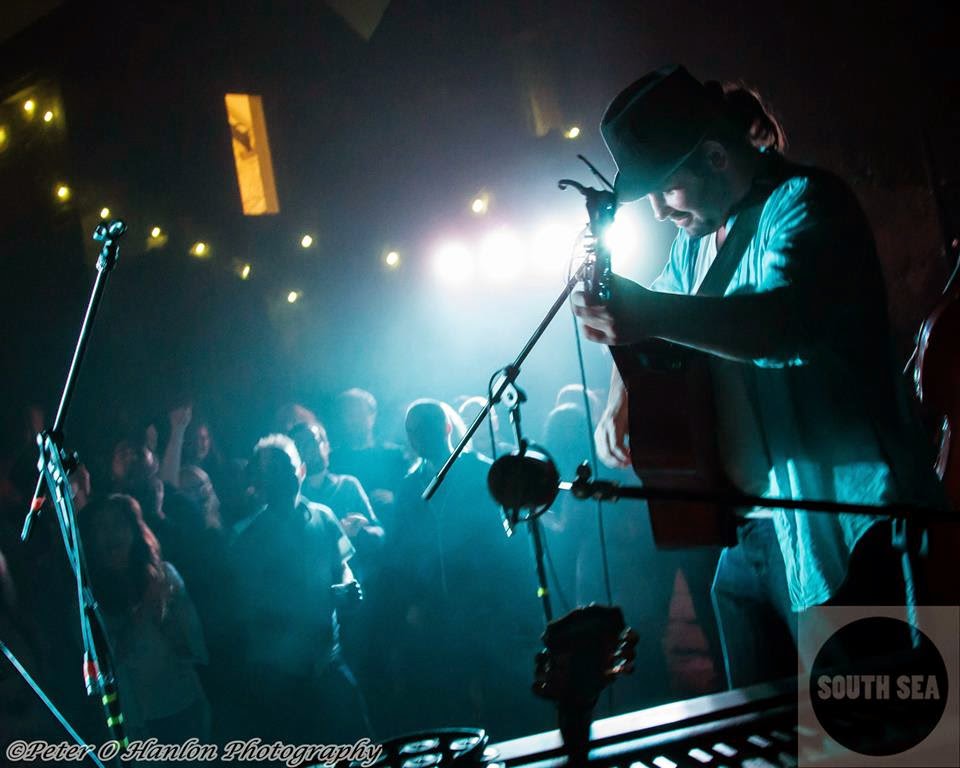 One of the best things about The Ceol Collective is this new interview feature. Reading these honest and insightful answers from Paul Creane I became interested in the man himself, listened to his music and can now consider myself a fan. Be sure you do the same!

Based in Wexford, Ireland

Personally to date, what I am most proud of is our second album,
released at the beginning of this year called "The Clock." It has
given us great opportunities in touring Europe and the lead single,
In Lieu Of You, got the the final of the International Songwriting
Contest. We are in a small group of acts that have reached the final
two years in a row.

Right now we are about to head to Europe again for a tour (Tuesday
18th) of The Netherlands and Germany. We come back in the first week
of December and then it's straight into a week run of a play I'm
lucky enough to have a part in. New to the acting game but loving
it. After that we head to Cork to record our new EP, due for release
in March. Busy and happy times.

One thing we have started this year is what we call CD Home Gigs.
They've been a great success for us. Simple concept. We pack our
instruments into the van and turn up to somebody's living room to
play an intimate set of our material. These have been my favourite
things to do this year. Because of the settings we get to play a lot
of material that doesn't quite work in louder venues, particularly
pubs. The momentum for them is building so hoping to do a lot more
of them next year. Hosted two in my own place this week. Not sure
if it was worth the clean up but good craic was had.

Impossible to answer. Truthfully anyway. You could ask me every day
for the rest of my life and I would give you a different answer. I'm
gonna cheat and give you three off the top of my head right now that
have been consistent favourites of mine for a long time. A Change Is
Gonna Come (Sam Cooke). Wichita Lineman (Glen Campbell). Have You
Forgotten (Red House Painters.)

Touring and recording are top of the list. I'm looking forward to
2015 more than I have any year. I was giving a fantastic opportunity
to act in a production this year that has had an amazing run. It was
written by Paul O'Brien, of Blood Red Turns Dollar Green fame. He's
an amazing writer and director and because of him I have the bug. So
I want to keep that up and look to expand next year. Also, I'll be
releasing my first novel next year which is really exciting for me.
The future for me, is about expanding the network of people I work
with, taking risks and having craic.

Admirably phrased. You can buy our album on iTunes or get in touch
with me through our Facebook page and we can post a hard copy out to
you. Ideally we will be passing through somewhere close to you soon
and you can pop by a show, have a good night out and we can give you
an album the old school way, face to face.