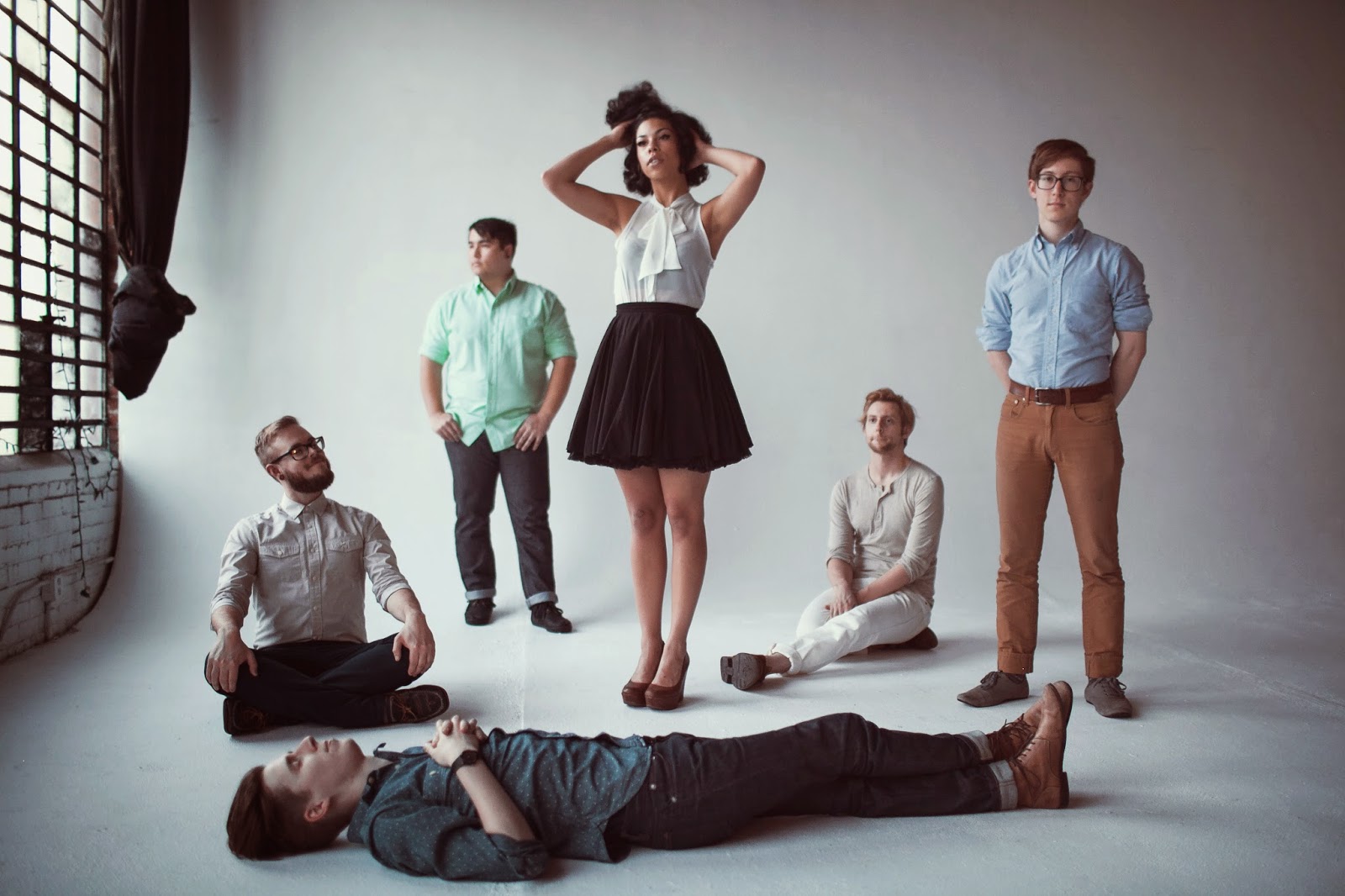 Ladies and Gentlemen, this is PHOX, and if you have not yet heard of them, fear not, if there is any justice in the world you will be hearing a lot more of them soon! Their self titled, debut full  length offering has just been released here in Ireland and it is spilling over with beautifully written, quirky, indie/pop/folk songs.

For anyone who is sick to the teeth with the recent influx of quirky, folk-pop bands that appears to be flooding our airwaves of late, do not worry, this record has more in common with Vampire Weekend than with The Lumineers or Mumford and Sons, and sounds very very fresh with PHOX front woman Monica Martin giving the album a wonderful, timeless feel. While the album's understated opener Calico Man does not really give a flavour for the kind of symphonic crescendos that this album produces, it lays out perfectly clear just how stunning Martin's vocal performance is going to be over the album's remaining 47 or so minutes.

Beautiful, endearing, powerful vocal lines, while being one of the standout facets of this album, are not the only thing worth remarking on. Really clever instrumentation seems to offer this record a unique, fresh quality that seems to have disappeared from a genre that seems to be growing a little bit tired. There are instrumental sections that are powerful and uplifting, while more of them are reminiscent of the kind of mellow vibes to be found on Air's Moon Safari. Just when you think that the sometimes almost sickly sweet sounds of the earlier tracks like Slow Motion and 1936 are going to leave you running to the dentist, you are met with tracks like Laura a powerful ballad that builds, fades and twists eerily through the verses into a huge finale. This album has depth and plenty of it.

There are a few moments where I found myself feeling like the album was a little bit too sweet to be wholesome, but as a whole, it is a fantastic piece of work. Check out Slow Motion, Laura, Evil and Noble Heart for a taste of the best this record has on offer. Happy without being cheesy, deep when it needs to be, clever lyrics and powerful  arrangements. For anyone who enjoys Vampire Weekend, Little Joy,  great music, feeling good and smiling, this album is just for you.

PHOX are just after playing Electric Picnic, but for those of you not lucky enough to have caught them,  they will be playing on these shores again on November 9th in Dublin's Sugar Club.