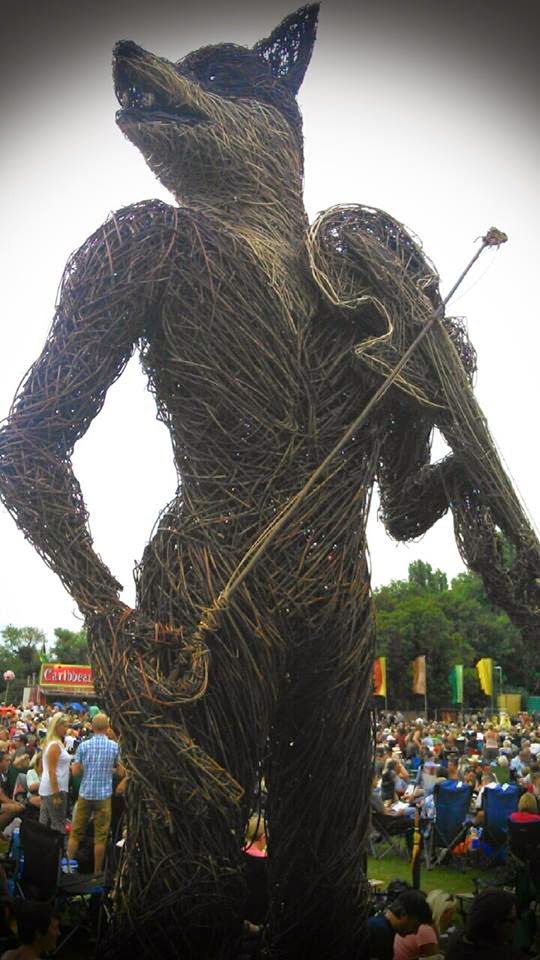 
For fans of folk music there has been a lot to look forward to this summer. Cambridge Folk Festival just celebrated its 50th and my favourite Tønder Festival in Denmark celebrates its 40th anniversary at the end of august.

It is wonderful to see how folk/americana/country music seems to become popular again. Just see the interest for Dolly Parton at Glastonbury and Garth Brook in Ireland this year.

I have often heard about Cambridge Folk Festival and decided to go for the first time.

The festival took place in the beautiful grounds of Cherry Hinton Hall and it was the perfect setting for the 4 days celebration. The festival offered an ambitious programme and there was a friendly and fun crowd.

The main acts were Van Morrison, Sinead O´Connor, Richard Thompson, Loudon Wainright and Rosanne Cash. Irish music was well represented by Lunasa, The High Kings, and Cara Dillon. They managed to get the big audiences dancing, singing and listening.

A folk festival is an ideal place to experience and discover new artists and I decided to check out quite a few. Unexpectedly they often left more of an impression than the main acts. Folk music is perfect for bringing out strong emotions and not many sing about severe heartbreak and pain better than the country singers.

One of them was Jason Isbell from Alabama. He left his band 400 Unit at home but his wife, songwriter and fiddle player Amanda Shires joined him on stage. He was an excellent story teller and it was hard not to get impressed by his highly personal songs and great voice.

From Nashville came Toronto born singer Lindi Ortega. She was a very colourful charismatic singer who sang with great passion and humour about broken hearts and failed relationship from a female perspective.

My Darling Clementine sang about marriage problems and cheating spouses in best country style. English married couple Michael Weston King and Lou Dalglish took us back to the Carter/Cash era whilst dressed in 1970 style brown and green polyester suit and dress. It was both very corny and entertaining at the same time.

Later Seth Lakeman gave a great performance with his fiddle playing and unique sound.  His daunting dramatic songs are often inspired by the people and nature of the Westcountry.
It’s no wonder why he is becoming very popular even outside the folk scene.

Cambridge Festival has 2 main tents, a smaller Club Tent and the Den. In my opinion, the only thing that did not work at the well-organised festival was the 2 big tents. They were both very narrow and long – with a marquee in front of the main stage. This limited the amount of festival goers who could actually see the stage or hear the music. For me it prevented me from getting the truly wonderful intense moments that you so easily get at other Folk Festivals. Personally, I thought it was a massive problem as most people had to sit outside on the grass or listen from the side of the tents where the sound was distorted and without the chance to see the artists on stage. When it rained there was nowhere to go as the tents were always totally packed. This would be the only reason for me not returning to the festival in future.

One place that was small, cosy and offered brilliant intense moments was The Den.It was an Indian style tent where you could sit and relax on carpets whilst listening to the young and upcoming songwriters.

One of them was The Intermission Project and especially the shy charming singer Jim Bubadua was excellent. I will be surprised if we don’t get to hear much more of him in future. Brothers and Bones was on the same time as Van Morrison so only a few saw the rare acoustic but highly enjoyable set.

My absolute favourite at the festival wasn’t even on my “must see” list.

Will Varly – a young English Folk/Poet/ Storyteller from London who just blew us away with a clever acoustic set of songs like “The sound of the market crashing”, “Send my love to the system” and “They wonder why we binge drink”. He had some quite serious political charged songs but he was hilariously funny and such a great entertainer. The magical moments I so often missed in the big tents I finally found here.

All in all, Cambridge Festival 2014 was in many ways a good and memorable experience.

Luckily we get to do it all again in a few weeks’ time at the amazing Tønder Festival, where Steve Earle, Runrig, the Chieftans, Martha Wainwright, Deer Tick, Alan Boyle and many more will be playing this year