Posted by Unknown on August 08, 2014
This week's '5 Friday Videos' features 5 awesome official videos from the acts playing the 'Jack of Diamonds' festival next weekend in Dublin. 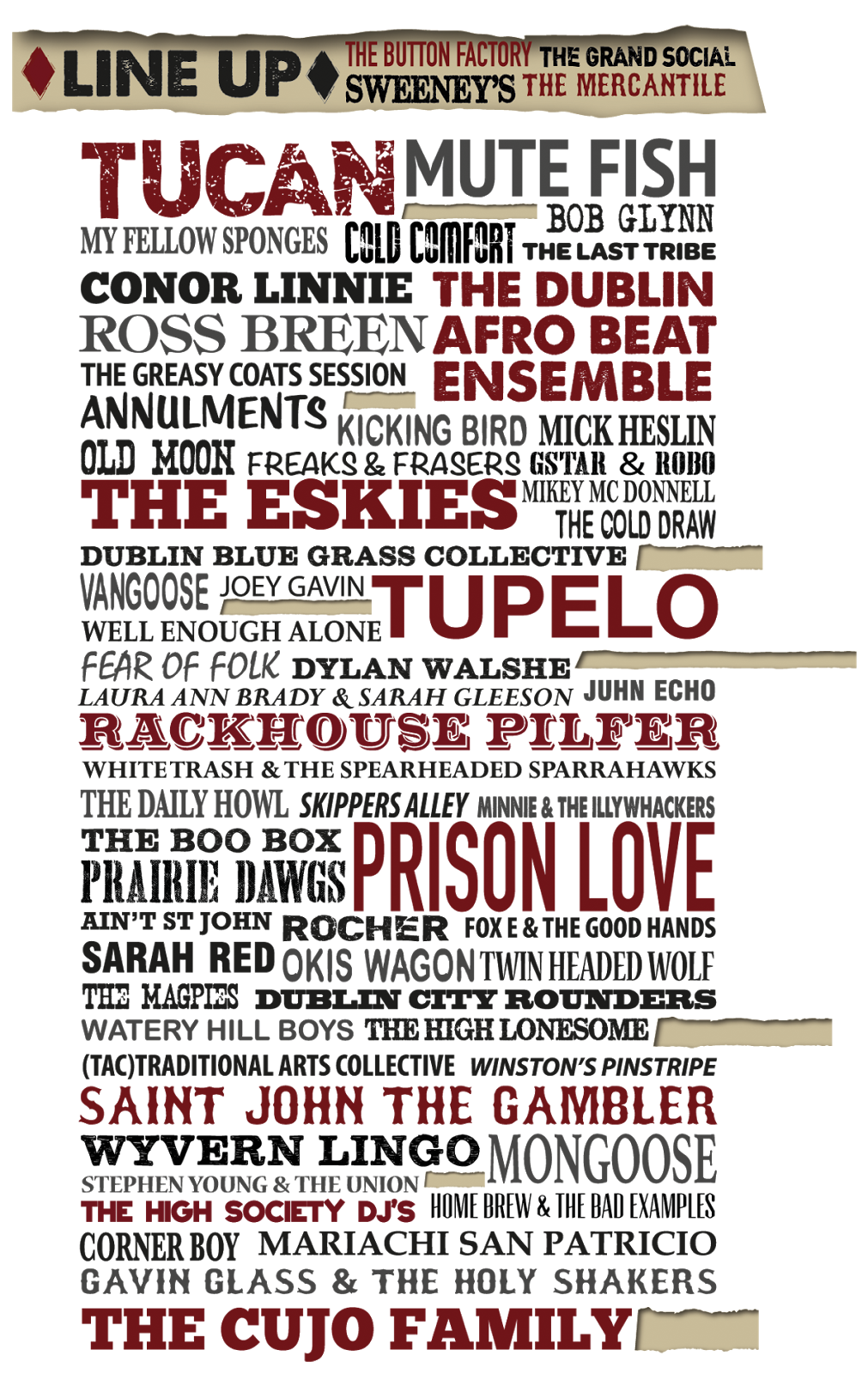 First up is the new single from 'Tucan' which highlights the new direction the instrumental band are taking ....

BUY THIS TUNE http://tucanmusic.bandcamp.com/Official video for Tucan's track 'As It Was' from upcoming release 'Towers'. Directed by Bobby McGlynn and Bryan Quinn (BQ&Chrome). Cinematography by Peter Martin.

You can catch both Tucan & Tupelo live in The Button Factory on Saturday 16th Aug with Prison Love and Rackhouse Pilfer.

https://itunes.apple.com/us/album/fev...The Eskies debut single Fever released 4th of April 2014.Taken from their forthcoming album 'After the Sherry Went Round' due for release in September 2014.Recorded and Mixed at Orphan Studios with Gavin GlassDirected by Delwyn Mooney of Cardel EntertainmentEdited by David Keeling