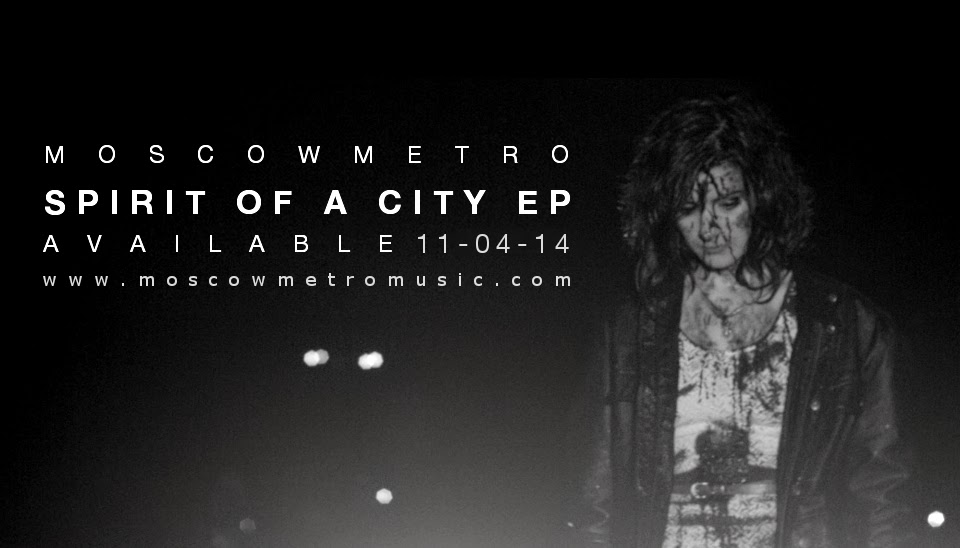 Limerick 4 piece,  post-punk shoegazers Moscow Metro are an incredibly hard working band who are just about to drop their new E.P. Spirit of a City. The E.P. was recorded in some of Ireland's top studios and co-produced between the band themselves and Owen Geaney and Rob Kirwin. (Glasvegas, The Horrors)

While at first listen, the E.P. is nothing strikingly new or different, it is a solid collection from a band who are clearly very confident in their sound and wear their influences very much on their sleeves. Their sound is a mix of The Cure, The National, White Lies and My Bloody Valentine. It's a powerful mixture of  dirty guitars, atmospheric effects all mashing into a sort of  echoing mayhem while being held together with the low key, sobriety of the vocals.  It's powerful, it has great dynamics, but it has no major, distinguishing feature.
The highlight of the record is Headlights which starts with a very airy Jesus and Mary Chain style guitar...perhaps this is part of the problem...everything seems a little too relatable to the bands who have come before.

The songs are good, well produced and well performed, but like I said, there is nothing to distinguish them from the plethora of similar bands to have popped up since the revival of the genre. That said, I will have no problem putting the E.P. on in the future. It's dark, moody, frustrated, but there most certainly is something beautiful there. It's definitely worth checking out if you're a fan of this kind of music. One thing that is clearly evident from this record is that the band are in absolutely no short supply of talent.  I am very much looking forward to hearing future releases from Moscow Metro. I like where they are going with this...they are just not quite there yet.

More from Moscow Metro at http://moscowmetromusic.com/
The E.P. is available from tomorrow (April 11th)