Posted by Unknown on August 07, 2013
Galway band 'A Band Called Wanda' have released their debut self-titled album and it's a mature collection of well written, clever, catchy songs that makes for a very enjoyable listening experience. No comparison to Mumford & Sons shall be made in this review! 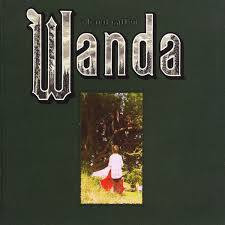 The album flows from catchy rootsy folk sing-a-longs such as the opening track 'Old Gold' to chilled out tales of cities, people or cracking up such as 'Summer Swimming' to songs of real complexity they engage and enthrall the listener such as 'The Pacifist'. This album is a clever well thought out collection of songs that gel together for a great all round listen.

As well as fine well crafted songs, there's some quality vocals from both lead vocalists Brendan & Darren. With varied instruments such as trumpet and violin the band have been able to vary their sound throughout the twelve tracks. 'The Pacifist' mentioned above is my favourite song on the album followed closely by the funky 'Make It Last' and the glorious chilled out song 'Love Truth Beauty Youth'. The album does also kick off with a stomping, rousing, folk song entitled 'Old Gold' ....

There's definitely a market for the brand of folk played by 'A Band Called Wanda', those fans of this folk need to discover Wanda as soon as possible!