Posted by Unknown on May 05, 2013
We had a relaxing introduction into the Camden Crawl the night spent with The Ruby Sessions curated Unitarian Church gig with just a short detour to Dan Hegerty's night in JJ Smyths for a bit of The Spook of the Thirteenth Lock.

The night kicked off with Heathers at The Ruby Sessions. The two ladies were accompanied by a guitarist and performed a short mainly acoustic set of songs from their most recent album 'Kingdom' as well as 'Remember When' from the ad on the telly. I love 'Heather's in this acoustic guise. It's very much unique and I feel true to their own identity as performers. With time and age their vocals have improved and the songs are well written catchy acoustic pop. Highlight from their set was the lead single from 'Kingdom' entitled 'Forget Me Knots'.

There's much hype about 'Little Bear' who followed Heathers in the Unitarian Church and I can understand why the band are on this current wave of praise being bestowed on them. The sound is very polished, the band very tight, the songs while not breadth-taking they take unpredictable twists and turns and the vocals on the singer are outstanding. 'Little Bear' are a great band who I'll have to see again sometime soon. Highlight from the set was this fine tune:

A quick run over the JJ Smyths to find MY photographer Anto Kane and to catch a few tunes from The Spook of the Thirteenth Lock. 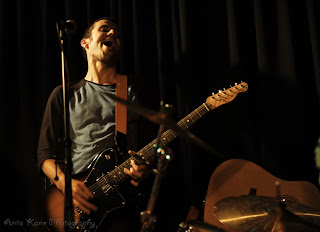 The room upstairs in JJ Smyths was packed for 'The Spook' and they didn't disappoint with their shear intensity and musicianship. 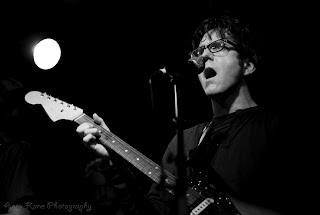 It takes real talent to fuse old Irish trad music with fuzzy alternative guitar riffs with vocal harmonies that can only be admired. Great gig from one of Ireland's best bands.

The rest of the night found us chilling out to the sounds of Orla Gartland, Gavin James and headliner Josephine in The Ruby Sessions. 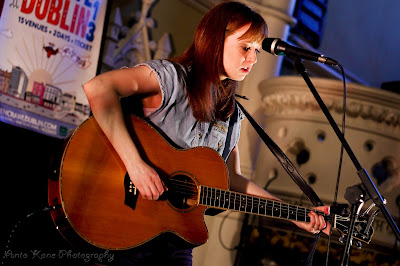 Orla Gartland is a young singer-songwriter with quiet a following as well as some high profile gigs already performed. Orla has pleasant vocals, is a very charming young lady and has a few really good tunes in her collection. There was a great little version of 'The Wall' in the set last night as well as an acoustic no mic duet with Gavin James. The highlight of the set was this track: 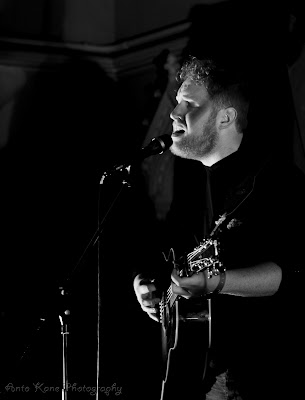 Gavin James is an excellent performer and writes some lovely tunes. Everything is set for Gavin James to make it big time in Ireland with the singer-songwriter genre back in mass popularity again. Gavin's delivery, between song banter and variety within his songs proves that Gavin is a confident performer who'll ready for the attention he'll get when his debut album is released next year.

To finish the night for us was Manchester's amazing artist Josephine. 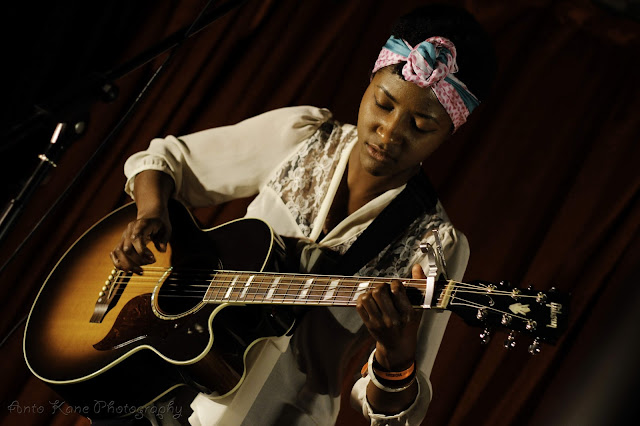 Josephine is one quality and assured performer and it was such a great pleasure to see her live in such a beautiful and intimate space of The Unitarian Church. Accompanied by an electric guitarist, Josephine performed a set made up of songs from her debut album 'What a Day'. The songs usually were given  introductions outlining the inspirations of the track with the highlights for me included 'Original Love' as well as a fine cover of Cat Power's 'The Greatest'.

Neil Fanning said…
Do you ever write anything negative about Irish music, you seem to have seen a lot of acts that evening, can it really be possible everything was good
7 May 2013 at 12:30

Unknown said…
Hi Neil, I generally write in a positive light and I don't write about bands I dislike. Over the whole weekend I didn't warm to Peter Delaney's set so only stayed for a couple of tunes and wrote what I thought about it. It's in the Sunday review part 1. The thing with an event like the Camden Crawl or any festival is that if I don't like something I simply move on. For the 2day's tune feature I only pick songs which I think are decent up to those that really impress.
7 May 2013 at 19:03