Posted by Unknown on April 28, 2013
Dublin based rock and roll band Oddsocks played a storming show upstairs in Whelans to promote their new EP 'Something's Going On' and it proved to me that they are one of Ireland's best bands at this moment in time.

Support act 'Sal Vitro' played a decent opening set of hard rock in that retro style that I normally find unappealing to me. 'Sal Vitro' were a pretty tight unit with some decent tunes, excellent musicianship and fine image but they lacked a unique selling point and ultimately failed to impress. However the night belonged to headliners 'Oddsocks'.

Upstairs in Whelans was stuffed for 'Oddsocks' EP launch with the band in fine form throughout. The whole EP 'Something's Going On' got played along with a couple of new tunes as well as the best tracks from the 'Oddsocks Revival' debut album released a number of years back. Standout tracks include the opening track from the debut album 'How You Gonna Get It Done?', 'Chasing The Dollar' and the title track 'It's Time'.

Oddsocks stand out from other bands for a number of reasons. While heavy on the 70's southern rock revival sound the current EP contains four great tunes which are funky, good time rock and roll catchy tunes that are really impressive live. The 6 piece were very tight and contained at times two, three and four part harmonies with different lead vocals throughout the whole set. Finally the 'live' version of Oddsocks consisted of the four main members as well as keys and saxophone which enhanced the impact and delivery of the songs. 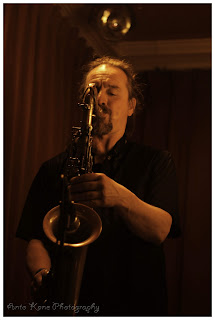 Everything about the band sounded and looked right with the band high on entertainment value as well. Must see Irish band on the scene at the moment.