Posted by Unknown on April 20, 2013
Following this list from respected Irish Independent Journalist John Meagher in yesterday's edition of Day & Night http://dayandnightmag.ie/in-this-weeks-day-night-john-meaghers-top-30-irish-albums-of-all-time/ I've decided to write something I've been meaning to do for over a year and present ....

Declan's debut album is full of great tunes such as 'Love is the Way', 'Galileo', 'Your World' and my particular favourite 'Sarah (Last Night in a Dream)'.

Great tunes and a fine mix of cajun style folk sounds from an extraordinary guitarist propels 'My Friend Marx' into my Top 30 albums ever.

After being blown away by Foy when he supported Joseph Arthur in Whelans in 2005 I think, Foy released an epic album of 15 tracks which hit home in a big way. 'Indiscriminate Act of Kindness' is the key track for on the album. Simply epic! 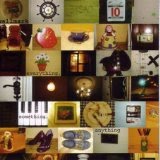 Dublin band Wallmark did everything right in the lead up to releasing their debut and only album 'Dryland' in 2005. They were making a name for themselves, playing regularly and building a fanbase before this album 'Dryland' broke them. Frozen in time this album is a gem of a rock album.

Blackbird is the only album from Dublin band One Day International fronted by Australian Matt Lunson. After playing Electric Picnic in 2008 and having previously supported the likes of Richard Hawley and Elbow it looks like the band called it a day within two years of being formed. Blackbird's such a beautifully composed album that deserves to be re-discovered.

Being Morrissey's favourite band did much to aid Pony Club in Ireland and the UK but the tragic lyrics of life from the working class perspective of Finglas was never going to be commercial. Key tracks from the album were 'Single', 'Millions Like Us' and this one about men!

Irish post punk rock'n'roll in the early 90's came from Cork with bands like The Fatima Mansions and The Sultans of Ping FC. Casual Sex makes the list for all them great singles like 'Veronica', 'Stupid Kid' and of course 'Where's Me Jumper'.

Former 'Clann Zu' lead singer gave up the rock sounds for deep enriched Alt-folk Balkan/Gaelic fusion with 2009's 'A Fire To Scare The Sun' becoming a huge favourite of mine in 2009.

I can nearly exclusively blame 'Comforter' for making me realise 2 things about music as a 16 year old. Firstly the music doesn't have to be commercially successful to be good and that U2 and Thin Lizzy are not the only good Irish bands to follow. I loved 'Comforter' and listened to it for days at a time.

Dubliner Ken Griffen is to feature twice on this list. Sadly this album seems to have disappeared from itunes and soundcloud so if you don't have it, you can't get it! Sad really that!

For the review I wrote: "The title track has all the best lines. The catchy chorus of 'I love. I love. I Love to watch you live your life the wrong way, expecting way too much out from the day' is both heartbreaking and thought-provoking. Ken's vocals draw you into the song and you're with him when he changes his outlook on his subject by encouraging her to 'live your whole life the wrong way'. This is followed by another wonderfully written track 'For Dear Life' with it's uplifting lyrics and similes. I also adore the lyrics of the track 'They Call Me Coco Rushdie'."
Compulsion Declan De Barra Declan O'Rourke Favourite Sons Foy Vance Marc O'Reilly One Day International The Pony Club The Sultans of Ping Wallmark