amp; Night http://dayandnightmag.ie/in-this-weeks-day-night-john-meaghers-top-30-irish-albums-of-all-time/ I've decided to write something I've been meaning to do for over a year and present .... 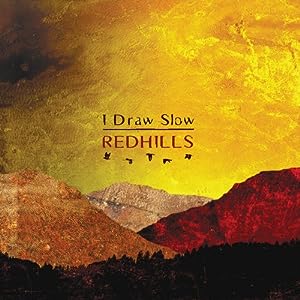 I wrote in the original review that:
"While the music is wonderful it's the vocals of 'Louise Holden' along with the songs often heartfelt vocals which elevate the band and album to heights other bands rarely get near. I love the deep lyrics of songs like the already mentioned 'Goodbye Beulahland' where Louise sings about "... coming back to the heart of everything that is wrong in this world ...." and the sublime haunting lyrics of 'Cry Help'. "

Whipping Boy had great songs in them with a kind of punk attitude to a blissful indie soundtrack. Their rage was in the lyrics of Fergal McKee while the often restrained guitar riffs and organic bass lines meant that Whipping Boy were unique among an Irish music scene intent on finding the next U2.

I didn't even know MBV were Irish until well after falling in love with Loveless. After the grunge years of the early 90s, MBV and PJ Harvey helped me to broaden my musical tastes into the fuzzy world of shoegaze and angst alternative rock.

I liked him before you know who he was! Nuff said! Honestly I got the chance to see Juniper in 2000 ish, maybe in 1999 and he was a star then. O is a fine piece of work and became a firm favourite in our house. 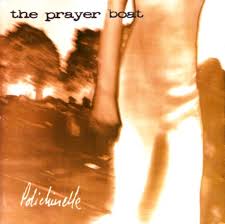 Emmett Tinley is one hell of a great singer and songwriter who made four great albums. Two solo albums and two with The Prayer Boat. Polichinelle is the second album from The Prayer Boat and contains deep heartfelt tracks such as 'It Hurts To Lose You', 'Dark Green' and 'Saved'.

About 10 years ago I became obsessed with Nick Drake, Neil Young and this album. If you haven't got round to listening to it go now and do it.

The who now, what now album on the list. Released in 1994 with best buddy Glen Hansard on bass and backing vocals, Mark Dignam released a debut album of pure brilliance which means as much to me today as it did as a young adult in the mid 90s. Unfortunately you can only buy second hand copies on Amazon or Ebay as and when they are available.

So no Fitzcaraldo or Lay Me Down in the Top 30 but 'Dance The Devil' makes it to number 2. It contains my favourite Frames song in 'Seven Day Mile' and is full of wonderful tunes.

I chose this U2 album as my favourite Irish album of all time because I became obsessed with the album and that era of pre-Joshua Tree U2 when I began getting into music as a young teenager in the early 90s. It contains my three favourite U2 songs in 'A Sort of Homecoming', 'Bad' and the title track. Also there's always that bass line in Pride! ............... "One man come in the ......."

Anonymous said…
Praise man!
As a german teenager I also was getting into music with U2 in the early ninetees. Rattle&Hum was my first drug, becoming a U2 fanatic further on. I think 'Unforgettable Fire' is the most remarkable record U2 ever made. It's a documentary of the mistery in U2s songwriting.
I'll have to listen to the rest of the top ten, except 'Astral Weeks' I know none of these fine tunes - shame on me.
cheers, Marc
23 April 2013 at 03:07