Posted by Unknown on March 04, 2013
'Angels Without Wings' is folk album of quality tunes from Kildare singer Heidi Talbot and a supporting cast including Mark Knopfler, King Creosote, Tim O'Brien and more. 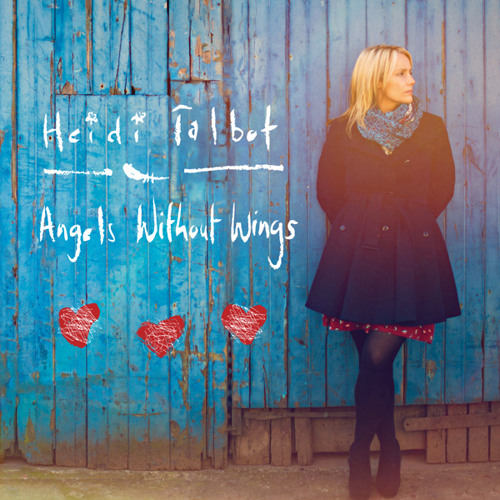 Scotland based Irish folk singer Heidi Talbot released 'Angels Without Wings' to wide acclaim in the folk circles and is in the middle of a mammoth UK tour in support of the album. Heidi Talbot has had a noteworthy career initially as a member of Irish-American super group 'Cherish the Ladies' as well has releasing five solo albums and appeared on albums by Eddi Reader, Idlewild and Boo Hewerdine. 'Angels Without Wings' finds Heidi at the pinnacle of her creative ability.

'Angels Without Wings' has been a difficult enough album to review for a number of reasons. While consistently charming on initial listens, the quality of the songs on offer take some time to filter through and to stand out. In total I'd say there are four excellent tunes on the album which shine on an otherwise ordinary set of songs. Also the Parisian sounding title track which opens the album is so delicious and yet so different to the rest of the album that I kept wanting the other songs to sound like 'Angels Without Wings'.

Other songs to impress me are 'Button Up' which is probably the most radio friendly track on the album with a great story and fine backing vocals. I also love the vocals and charm of the closing track 'Arcadia'. I've grown to enjoy the album more after numerous listens and would recommend you to check out 'Angels Without Wings'.