Posted by Unknown on February 17, 2013
Calexico tickets came my way through many hints leading up to Christmas with my better half happily declaring that at least she's guaranteed a Valentine's Night out this year. Calexico chose Dublin as the city to kickstart their latest European Tour and were supported by two piece alternative band The Dodos.

Just like Ireland's 'We Cut Corners', The Dodos are two guys, drums and guitars but the similarity stops there. The Dodos have a decent vocalist who works the electric guitar loops and pedals to great effect. What annoyed me was their set began with a  terrible track that took the next three or four really good tunes for me to change my mind about the band. One of the highlights was this track 'Black Night'.

I got into Calexico around the time of their fifth album 'Garden Ruin' and seen the band live in The Olympia for that album tour. The seven piece band have that ability to use their music to transcend you to another sunnier climate with their mix of Mexican folk sounds and alternative anthems. The band are flogging a new album 'Algiers' with most of that album getting played alternating with well known Calexico tracks such as 'Two Silver Trees', 'Cruel', 'Inspiracion', 'Crystal Frontier' and this oldie dedicated to a young couple who requested it in Whelans back in the day: 'Not Even Stevie Nicks' which blends into 'Love Will Tear Us Apart'. 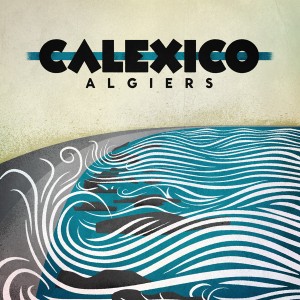 Of the tracks performed from 'Algiers' that impressed included a perfect version of the 'Fortune Teller', 'Sinner on the Sea' 'Epic', 'Splitter' and this track, my favourite off the album 'Maybe on Monday'.

A reviewer should review the band only but singer Joey Burns made a comment about the crowd being a little muted about half way through the gig. I put that down to it being a seated show. Calexico's music while not necessarily made for dancing but at least requires a degree of foot tapping and head nodding. The venue in a seated gig did not match the music of Calexico and I was pining for the gig to be in a rival venue off Thomas Street. That being said the crowd responded to Joey's comment by being louder and a few dozen got up on their feet for a dance.

As a fan of Calexico I loved the gig regardless of the seats. They are one of my favourite live bands and I'll be at their next in Ireland for sure.

sl said…
Totally agree re the venue. Saw Calexico years back in that same rival venue off Thomas St and there was much more interaction. Still, it was a great night last Thursday, and Algiers is growing on me.
SL
17 February 2013 at 22:23