Posted by Unknown on January 20, 2012
The Orchard is Michael Brunnock's second album and is set to be released in February. The Orchard is an album of great depth, strong big themes, amazing vocals and most importantly it is a collection of wonderfully crafted songs.

I've been very fortunate to be in the company of Michael's album since November and it was the soundtrack of my Christmas together with Marc O'Reilly's debut and the Jukebox Gypsy live album. The thirteen songs are immense deep and often personal songs. The themes within the songs concern change, new beginnings, hope, love, companionship, fairytales, circle of life etc. This is a serious album of great and powerful songs that work! It proves to me what a powerful healer or meditative tool a great collection of songs can be.

There's a long list of collaborators on the album. Glen Hansard provides effective backing vocals on the title track and in particular Glen's and Michael's vocals sound amazing on 'Untouchable'. Other contributors include Blues singer Moe Holmes on Sensation, Ari Hest on guitar, piano and backing vocal duties on a number of tracks and Lir's David Hopkins providing piano on many of the tracks. The lead single from the album 'Every Step' is gentle folk song full of positive messages and consists of backing vocals from blog favourite Mark Dignam.

Every song on 'The Orchard' in their own right is meaningful and special. There are three songs that stand out slightly above the rest. These are 'Man Overboard', 'Untouchable' and 'Sensation' but I can write about any of the songs with enthusiasm and praise. It's the melodies and the refraining powerful lyrics that relate to me. On 'Sensation' when Moe Holmes begins singing
"All your love comes on strong, when I need it"  it simply gets to me. I feel the lyrics and the songs lingers within me. I love it when great songs do that and most of this album does this! 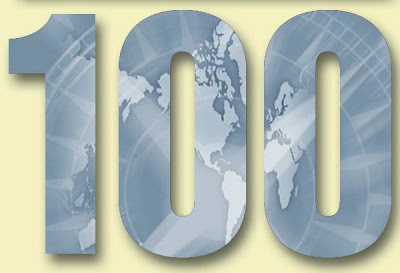 I'll start with the end. This is the final post on Mixtape4melfi. I have a new Irish Music only blog 2 U I Bestow which I think has a more specific purpose in the hope of promoting Irish bands. I'm inspired to do this because I feel it is a major injustice if the music world doesn't get to know about Mark Dignam.

Mark was centre of Dublin's busking scene in the post Joshua Tree pre Economic Boom Ireland. Mark busked with Glen Hansard, Mic Christopher, Kila, Hothouse Flowers, Miriam Ingrid and Paddy Casey who in The Times today named Mark as a major influence in his early music days. Everyone should have Mark's debut in their music collection. The sound Mark created was a mixture of old Irish Folk and Irish Rock with wonderful song-writing and melodies. I'm trying to write this with a wide perspective because Mark grew up very near to my house and when he clarifys our world in song I feel it deeply subjectively. Glide is a song about the spa…