Here's a picture of Josh Groban & Declan O'Rourke doing what we Irish do best! 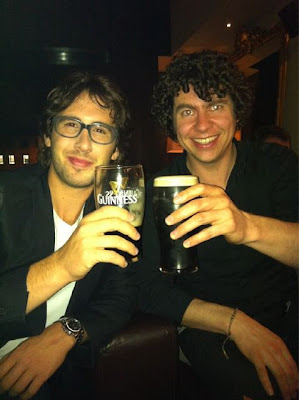