Posted by Unknown on February 21, 2011
Say It Anyway is Gareth Brannigan’s second independent release, and strengthens and extends the quality of his earlier EP entitled Walk with Me, recorded in 2008. 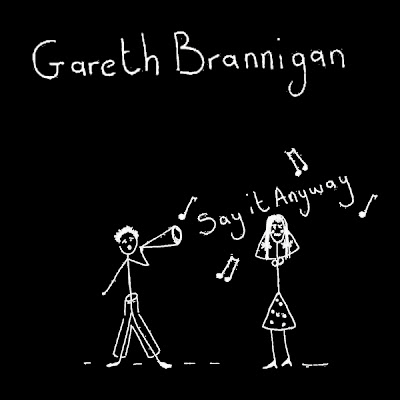 We all know there's a massive amount of music out there and while I've mentioned last week that there might be a resurgence for singer-songwriters musicians like Gareth Brannigan are finding exposure very difficult. I'm only now getting round to reviewing his new EP which was released at the end of last year. 'Say it Anyway' along with his earlier EP proves that there is an excellent debut album is this artist.


The EP is brimming with charm which makes a rather simply formula into a very pleasant listening experience. Gareth's vocals are really nice, his lyrics are thoughtful and the music is just right for the feel of the tracks. The title track is the most accomplished track on the EP but my favourite track is the delicate 'Anam Cara'. It's music that's not going to push any boundaries of the genre but impresses due to the charm of the tracks.