Posted by Unknown on February 08, 2011
It was a welcome surprise when I seen that Jenny Lindfors is to support Oliver Cole in The Grand Social on March 12th. It's been ages since Jenny has performed a gig in Ireland. 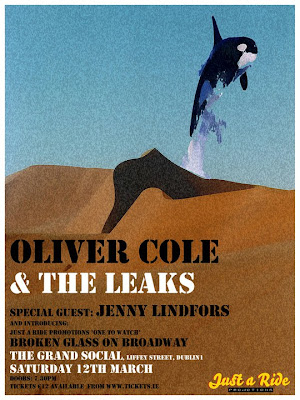 Here's a video of Jenny performing Timewarp / On The Road Again in October 2009.


I was later delighted to see that Jenny is the support act for some of Rumer's UK tour:


Here's the reason why Rumer is getting recognition: