Posted by Unknown on February 09, 2011
Bring out the Light is the debut from the experienced singer songwriter Dave Morrissey. It's a pop album full of well composed songs with some nice melodies and hooks! 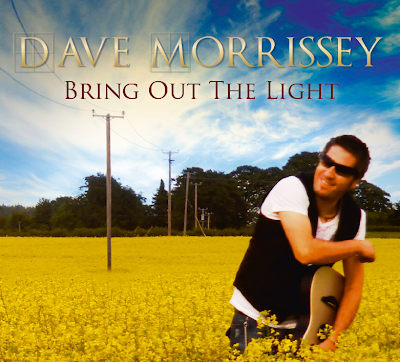 Dave Morrissey released 'Bring out the Light' at the end of last year and he's been busy promoting the album with gigs all over the country. Dave's an excellent singer and writes a decent uplifting tune. The album contains ten very uplifting and positive tracks with the standout track being this track 'Happy Day'.


This brings me to the problem I have with the album. It doesn't offer anything different to the singer-songwriter genre. At a time when artists like Villagers include layers of hooks and strings into their songs or when James Vincent McMorrow strips the songs back to amazing effect; a straight forward inoffensive album isn't going to make the grade.


There are some really good tunes on this album and I'd highly recommend you go to see Dave Morrissey live around the country. Dave is supporting Aslan in The Olympia on March 16th.