Posted by Unknown on January 07, 2011
Arrow in the Sky release the EP Winter's Requiem on February 1st and it proves to me that they are one of Ireland's best bands in the Folk-rock genre. 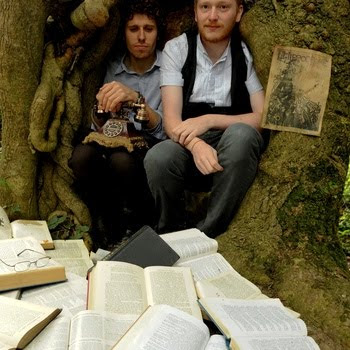 In 2009 three piece folk band folk band Arrow in the Sky released a wonderful EP called 'Do What Thou Wilt' and included some superb tracks like Half Glass and Verbal Waltz. Fast forward a year and we find out that Arrow in the Sky is now down to a two piece as multi-instrumentalist Shayne Byrne hit the road.

The five track EP Winter's Requiem shows no sign of standards slipping. It kicks off with the catchy 'Promises' [which can be freely downloaded below]. Conor's vocals are unique and pure throughout but especially on 'Bated Breath' where the vocals carry the song with a string and mandolin background. The best track on the EP is the folk pop track 'Ghost Town' with it's sing-a-long chorus.


Arrow in the Sky are two talented lads making great folk music. I urge you all to check out the band live and to download the song 'Promises' below.


Check out the first EP here: