Posted by Unknown on January 12, 2011
A Lazarus Soul are releasing their third album "Through a Window in the Sunshine Room" on Jan 29th and includes some excellent tracks in the typical ALS understated way. 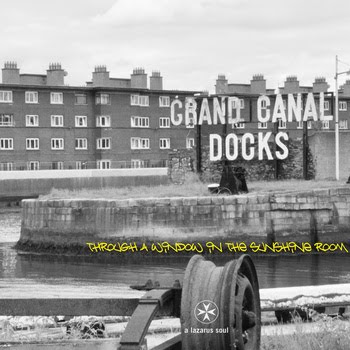 Bookended by instrumentals 'Through A Window in the Sunshine Room' contains nine tracks of unglamorous beauty. There's no indie classic, breakthrough single or sing-a-long choruses here. It does however have Brian Brannigan's pure vocals, his astute social observations and a soundtrack which is complex in nature but entirely listenable. Brian along with Tony Hegerty made the album with a few legends in the Irish music scene including Martin Kelly (Sunbear/ The Ruby Tailights), Ger Griffin (Rollerskate Skinny/ Super Electric), Pat Barrett (10SR/ The Hedge Schools) and Joe Chester engineering.

A Penthouse View was deservedly the first single released from the album last month as it's one of the best tracks on the album. The lyrics sum up the whole property bubble bullshit of the tiger years. 'We Start Fires' which includes the guitar playing of Ger Griffin also contains wonderfully descriptive lyrics and commentaries;

"You can see us on weekends drinking on the porch, We are a river going backwards".

There are two tracks which impress me most. 'Save Our Greenbelt' has a pleasant Stone Roses feel to it and is vocally the best track. Again the lyrics enables me to effortlessly paint images in my mind.

I needed to listen to the album a number of times for it all to click for me. On some of the tracks the lyrics are difficult to follow. Some of the tracks go nowhere for me, however as outlined above there are four quality tunes on this record.


Through a Window in the Sunshine Room is being launched in The International on Sunday AFTERNOON, Doors 1pm.

This is an afternoon gig, Doors 1p.m. Special guests Japanese Eye (aka Fergus Cullen from E+S=B) & A Mechanical Turk (This is the electronic side of Thomas Haugh a.k.a Hulk)