Posted by Unknown on October 11, 2010
'The Full Circle' is the second album from Luan Parle. There's much to admire here but the album ultimately leaves me cold and detached. 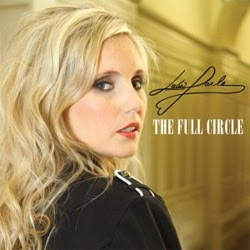 I think there are two major distinct music markets at play in Ireland. There's the urban/youthful market which is fuelled by the major bloggers and journalists and centred on the larger music venues. Then we have the rural market which is in the main fuelled by the regional stations and has it's foundations in the small venues, pubs and word of mouth of the public. Luan Parle's second album 'The Full Circle' will do well and sell lots in the rural market but I can't imagine it making great strides in the urban market.


'The Full Circle' flirts with many genres including pop, rock, blues and Imelda May esque rockabilly! The album revolves on Luan's voice which is soulful and powerful while at the same time sounding very cabaret! There are a few good tracks on here. The single 'Parade' is a nice slice of pop. 'Is This Goodbye' is a beautiful love song and is the best track on the album. 'If I' is another good love song which is mainly Luan's voice and acoustic guitar.


I've been unable to connect with the album. Apart from the love songs above the lyrics are not very inspirational. I also can't get past the album artwork which features Luan in a convertible with a shiny guitar, leather jacket and designer sunglasses all of which belongs to the good times. I suppose the best thing to say about the album is that it's an attempt to bring back the good times with songs like 'Sexy Sita', 'Parade' and 'Why Baby Why'. I just ain't feeling the love.


You can buy 'The Full Circle' at Tesco and Heatons!
Imelda May Luan Parle