Posted by Unknown on September 21, 2010
Ham Sandwich return with their second album 'White Fox' released on the 1st October. It's a different animal to the power pop debut 'Carry The Meek' and one likely to edge Ham Sandwich closer to mainstream success. 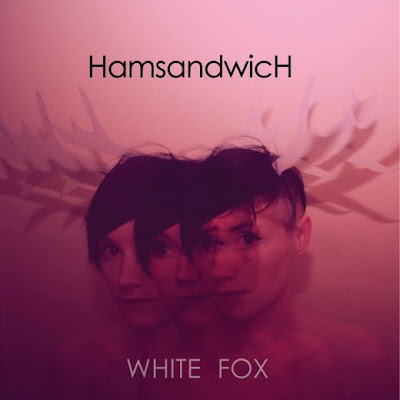 Ham Sandwich bring out a fun album full of really great songs on October 1st. At just 33 minutes and ten tracks 'White Fox' is a short album of radio friendly pop songs. Some of the tracks like 'Oh-Oh' and the title track have the Ham Sandwich sound of the building up of the song to big singalong chorus. However this album is very different to the debut because 'White Fox' is all about Niamh's wonderful voice.


The best track on the album for me is 'Ants' which puts Niamh's voice to the forefront of the song. The Niamh and Podge harmonies still exist on many tracks but do not overshadow Niamhs vocal range. It's lyrically a good album too. The lyrics are nothing spectacular but when Niamh sings on the track 'Long Distance'; 'You used to spend a night in my arms' you can feel the loss and sadness in her vocals. Here is a band who have written an album with their best asset being Niamhs voice at it's very heart.


When I played the album at home I had my twin lads and the mother in law bopping their heads and humming along to the album. It's a very accessible album which might lose them a few fans but could net them many more if the regional radio stations add the album to their playlist. The best tracks for me on 'White Fox' are 'Long Distance', 'Ants' and the title track.

Ham Sandwich - The Naturist by tigger_sinclair