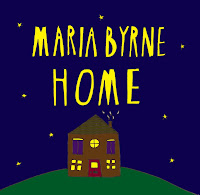 
Today was an early start for me, as I went to a songwriting workshop with american folk singer songwriter Gretchen Peters for 10am so I sacrificed my breakfast for a cup of tea in the club tent. Gretchen has been around a while now, with 8 albums under her belt. She talked openly and honestly about internal editing, writers block, writing lyrics without rhyme and various different techniques (such as the 'iceberg effect') and styles she uses when writing songs. I couldn't help but be inspired by her, a lot of what she said really resonated with me. I watched her set shortly afterwards on the main stage, she has to be one of the sweetest effortlessly flawless singers I've heard in a long time with some truly beautiful songs. 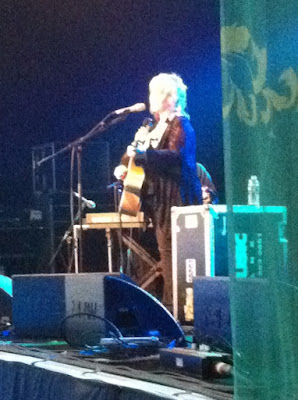 Later on we headed over to stage two for more female led folk in the form of english folk band The Unthanks. I first heard this band a few years ago on Mike Harding's folk show and I've been a fan since. A lot of this set was made up of songs from second album Here's the Tender Coming which I was a teeny bit disappointed about as I really like some of the earlier stuff. However, I've said it before and I'll say it again - no one does harmonies like Becky and Rachel Unthank in my book. 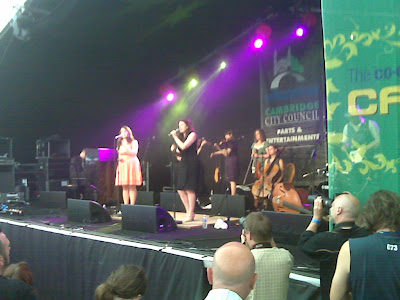 So last up for today was american troubadour Kris Kristofferson. We couldn't help but feel like we were experiencing something very rare and very special here. The audience stretched back for what looked like a sea of a million faces all completely mesmerised under the spell of this one man and his guitar. A mighty cheer went up for 'Sunday mornin comin down' at the end. For me this closed the festival perfectly as the sun went down and the nods of approval exchanged for what was a mighty fine set. 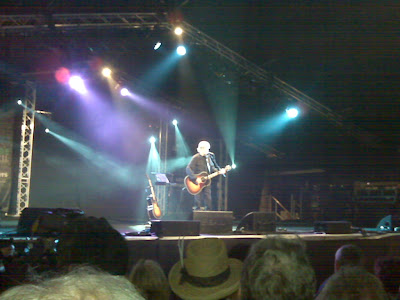 So that was it, four days of folk music in Cambridge came to an end until next year. Before we came here I thought by the end I might have been a little folked out but this genre spans so widely now there was definitely something in this weekend for everyone. Very friendly, intimate, easy to get everywhere with no long queing and some of the most amazing folk music in the world. We can only hope we are lucky enough to play here someday. 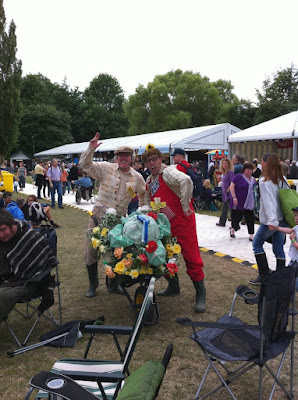 Many thanks to Maria and Dave for these great reviews. Be sure to check out Maria's music on her MySpace page!