Posted by Unknown on July 28, 2010
Full of charm and warm fuzzy folk from Athlone band Resurrection Fern. This album will be assured of a place in my best of 2010 lists. 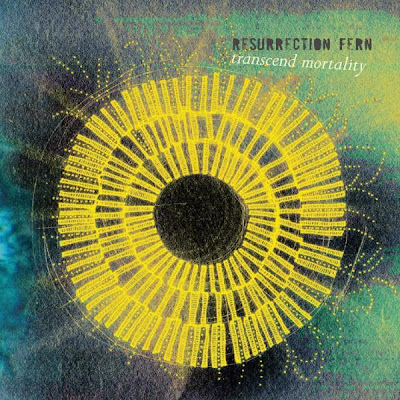 Resurrection Fern is Bean Dolan accompanied by a whole host of various musicians. Many of the musicians on the album are members of UK folk band Jukebox Gypsy. The one problem about naming your project after an Iron & Wine song is that it'll be the first place you'll arrive at when looking for easy comparisons which obviously do exist. I feel the distinct difference between Resurrection Fern and Iron & Wine is the multi vocal harmonies which are present on many of the tracks including the main track on the album entitled 'Brothers':


The better songs on the album are those uplifting tracks like 'Hummingbird Hearts' 'Wall' and the opener 'Something Unlike Love'. I particularly love the refraining lyrics at the end of 'Brothers' and at the outro to 'Stay in the Sun'. The quality dips a little when the tempo slows as I find Bean's voice doesn't grab my attention in the same way as the up tempo tracks. The vocals do require the supportive harmonies or an increase in tempo.


Transend Mortality ends with an excellent Irish folk instrumental which brings me to green fields in the middle of Namaland. Overall there's real quality here in this album and in a different time would become a hit in the folk world. I think this album is worth the money I spent on it ..... [€10] and will be a keeper that I'll return back to again and again.


Resurrection Fern - Transend Mortality [11 out of 12]