I Am Not Lefthanded Invades 2UIBestow [part 5] 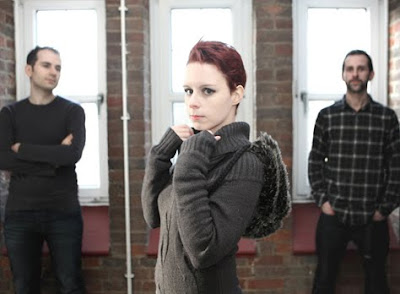 I Am Not Lefthanded invade 2UIBestow

I Am Not Lefthanded are busy. They're currently releasing their second EP, Time To Leave. They're also raising £15,000 to record a full-length album with the help of SliceThePie.com, posting a new free download every week on their website and gearing up for their first European and American tours later this year. To try and share some insight as to how they're coping with the madness, they're invading 2UIBestow with a 5-part guide to holding on to your sanity in the modern music world.


You can spend all your time promoting your music to the ends of the earth, but it doesn't really mean anything unless it's really, really good. You invest hours in fiddling with trivia, signing up for things, sending out electronic press kits, just trying to get people to listen to your latest songs. And it's a tough, emotionally draining process. But it's a thousand times harder if every time you upload a song you hear the mistakes in the guitar part that you should have re-recorded. Or the lyric you thought you'd fix later but you never got around to it. If you don't believe in it 100%, you will find it very difficult to get anyone else to take your music seriously. You don't have to be the best guitarist in the world, or have the fanciest production, or the most versatile voice. All you have to do is be the best version of yourself that you can be.


That said, don't be afraid to be terrible for a while. This may seem like it contradicts the previous paragraph entirely, but the point is that it takes time to learn how to create great music. Give yourself a chance to learn and grow. The record labels used to have a term for it - artist development - but they seem to have lost the stomach for it these days. Almost every band out there took a few albums to really hit their stride. The most destructive and pervasive lie out there is the idea that musicians should be amazing at 19. Take your time to learn your craft. Get it right. And then get it out there. Music that is 10% better will spread 1,000 times easier. Trust us, we've done the math (it involved square roots and logarithms and plenty of cake).


There's only one thing you need to learn for this one to work - just keep improving constantly. Keep your standards high. Make each thing you do be better than the last. We don't make any claims to be really, really good. But we do claim to be better than we were a month ago. Better then than a year previously. Every bar we set ourselves, we have to try and match or exceed. So we're leaving you this week with a song that we think is the best we've written. This is what we're trying to better with every new song we produce. It's called boatsbutnottheocean (swept away). Apparently the internet thinks that's too long for a song title though. So between friends, we just call it boats.


Massive thank you to Dan, Kathryn and Benji for really elevating the quality of posts on the blog this week.